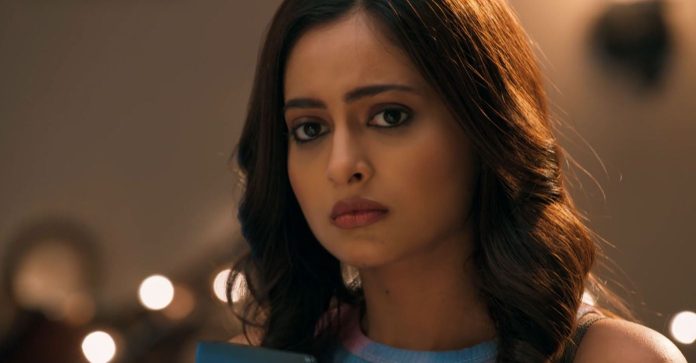 Yeh Rishta 4th March 2022 Written Update Aarohi back in track Anisha senses fire in Birla house. She alerts everyone about it. Servants pour water to blow off the fire. Neil says a firecracker may have caused the fire. Harshvardhan asks Abhimanyu to see that his and Akshara’s marriage news caused a fire in their house and inside him too. He also asks Abhimanyu to get it written, that Akshara will enter with doom for him and destruction for Birla family. Harshvardhan says then no one will be able to stop Birla house from destruction.

Abhimanyu tells Harshvardhan that he will keep dousing the fire that he will start/cause. He leaves, reminding Harshvardhan that he isn’t invited to his wedding. At Goenka Mansion, Akshara worries about what would have happened at Birla house as she didn’t receive any message or call from Abhimanyu. Aarohi notices this. Swarna asks Manish why he is tense. Manish tells Swarna that he is tensed thinking about Birla’s reaction to Abhimanyu and Akshara’s marriage news. He says Harshvardhan will surely create some issue after knowing about the pre condition he earlier kept for Akshara and Abhimanyu’s marriage.

Manish says Abhimanyu and Harshvardhan don’t get along well with each other. Swarna asks Manish to not be worried as nothing like this is going to happen. Manish tells Swarna that his fear is right as two families should get well along with each other to maintain peace and happiness. He says he is only worried about Harshvardhan’s reaction from Birla house. Akshara calls Abhimanyu to know what happened. Abhimanyu receives Akshara’s call. Akshara asks him to tell her what happened at his house as she is very tense. Manjiri snatches Abhimanyu’s phone and tells Akshara that Abhimanyu will call her later as she needs to talk about something important to Abhimanyu. Akshara disconnects the call saying okay.

This worries Akshara. She tells about this to Aarohi. Aarohi tells Akshara that if Manish kept such a big condition for her and Abhimanyu’s marriage, then Birlas would also react on marriage news. She says she is sure that a huge drama would have ensued at Birla house. Akshara says through Manjiri’s voice, she can sense that something big has happened at Birla house. She prays to God to handle everything at Birla house. Manjiri and Abhimanyu argue over Harshvardhan. Manjiri tells Abhimanyu that he can’t insult Harshvardhan even if the latter says anything. She tells Abhimanyu that Harshvardhan may be wrong but he can’t give disrespectful replies to his father.

Manjiri also tells Abhimanyu that he can’t ask or snatch elders rights. She explains to Abhimanyu that a father has the right to love, scold, share his likes and dislikes, agree or disagree to his children’s decision. Manjiri tells Abhimanyu that he doesn’t have the right to snatch this right of his father. Abhimanyu asks Manjiri if Harshvardhan’s wrong words and actions don’t matter or bother others. He also asks Manjiri if she is fine with Harshvardhan’s ill words about her and Akshara. Abhimanyu tells Manjari that Harshvardhan always blames either her or Akshara for all the problems that have happened or are happening and going to happen in the world.

Manjiri asks Abhimanyu if he thinks his and Akshara’s relationship won’t get affected if he will keep his own father away from his marriage. Abhimanyu feels worried hearing Manjiri’s words. At Goenka Mansion, Akshara stops Aarohi from telling anything about her tension to Manish. On Manish’s questioning, she tells Manish that she didn’t receive any news from Abhimanyu’s house. At Birla house, Manjiri tells Abhimanyu that she felt bad when Manish asked him to live separately with Akshara after marriage. She says it’s good that Manish took his condition back, but now he (Abhimanyu) has started. Manjiri requests Abhimanyu to talk about uniting family, not separating.

She explains to Abhimanyu that differences and arguments occur in every house and family. Manjiri says even Akshara and Aarohi have differences. She requests Abhimanyu to do something so that Akshara could get everyone’s love and respect when she enters Birla house. Manjiri says she will try too. She requests Abhimanyu to not make Birla house a living hell for Akshara. Neil comes and tells something tense about Harshvardhan to Abhimanyu and Manjiri. On the other hand, a drunk Harshvardhan wanders on streets. He keeps on saying that Akshara and her family are more important to Abhimanyu than him. He says that Akshara has captured his son.

At night, Abhimanyu receives Akshara’s video call. He thinks Akshara would get worried if he will tell her the truth but lying is also not right. Akshara asks Abhimanyu why he looks tense. Abhimanyu lies to Akshara that everything is fine at home. Akshara asks Abhimanyu if an argument occurred between him and Harshvardhan. She immediately asks Abhimanyu to leave all this on Lord Shiva. Akshara makes Abhimanyu sleep peacefully by singing a melodious tune for him. She herself also gets asleep. Aarohi watches this and feels jealous.

In the next episode, Harshvardhan will ask Akshara what she wants from him now, as she has already snatched everything from him. Akshara will ask Harshvardhan why he hates her so much. Harshvardhan will tell Akshara that Abhimanyu uninvited him to his wedding because of her. He will ask Akshara if he should praise her after all this, instead of hating her. This will shock Akshara. Suhasini, Swarna, Manjiri and Anisha will be seen discussing that first Akshara and Abhimanyu will get married followed by Anisha and Kairav. Akshara will question why he uninvited his own father to his marriage. Abhimanyu will tell Akshara that those who don’t accept their marriage are not invited. Akshara and Abhimanyu will be seen arguing on inviting and not inviting Harshvardhan to their marriage.

Reviewed Rating for Yeh Rishta 4th March 2022 Written Update Aarohi back in track: 5/5 This rating is solely based on the opinion of the writer. You may post your own take on the show in the comment section below.