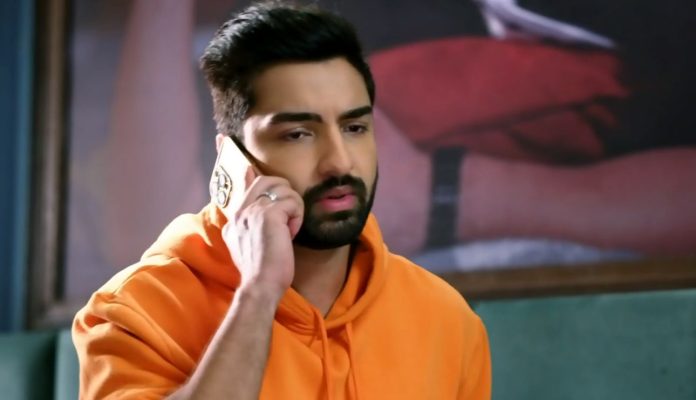 Bhagya Lakshmi 8th March 2022 Written Update Unexpected Rishi Balwinder tells Rano that he has come to apologize to everyone. He adds that he has realized his mistake, he has been too wrong and unfair towards Lakshmi. He apologizes to Lakshmi. He adds that he missed her a lot, he was really longing for her. Lakshmi is stunned to hear this. she doesn’t want to talk to him. She leaves from her home, leaving Balwinder to talk to Rano. Rishi calls up Lakshmi. He tells that he wanted to tell her about the bullet stuck in his heart. He tells that he thinks the bullet is still stuck, and just she can come to relieve him. he asks her if she can come and remove the bullet. He is actually stuck in his feeling, and doesn’t realize how foolish he is sounding. Lakshmi doesn’t understand what Rishi means to say. Rishi tells her that he wants to meet her once. He requests her for a meet. He realizes that he wants Lakshmi. Balwinder makes a plan to trouble Lakshmi. He tells Rano that Lakshmi is still Rishi’s wife, she is rich and can help them with the money. He makes a kidnapping plan. He tells Rano that tonight he will kidnap Shalu. Rano and Neha get glad hearing about the money share they would get. Shalu goes out of the house for her work. She gets scared on feeling that someone is following her. Keep reading.

Earlier in the show, Karishma tells that Lakshmi isn’t interested in Rishi life, she had been rigid to refuse to Neelam. Malishka thanks them for always supporting her. Sonia happily hugs her. Neighbor alerts Rano of the unknown man, who was eyeing the girls from the window. She tells that he had run away before she could catch him. Balwinder arrives there to meet Rano. Lakshmi is shocked to see him.

Rishi imagines Lakshmi with him, when Malishka is there actually. Malishka tells that she had come to meet him. He thinks why is he seeing Lakshmi. He realizes that it maybe effect of medicines. Malishka hands over a cup of coffee to him. He takes a sip and spits it, commenting that its horrible. Virender reaches him with work, but Neelam asks him not to bother Rishi too soon. She asks Malishka to go and have breakfast until she feeds Rishi. Rishi waits for Lakshmi’s call. On the other hand, Balwinder reminds Rano that he was going to become her son-in-law.

She warns him in anger. He tells that Lakshmi has changed a lot. He hands over money to Rano. He finds Rano a greedy woman. Neighbor’s son comes there and meets Balwinder. Neha asks them to get out and talk. Balwinder tells that even Neha didn’t change. Rano asks him not to eye Neha, who already has a boyfriend. Balwinder makes a leave. Neha doesn’t like him at all. Rano tells that he gave money, maybe he really changed. Neha tells that he gave money to get an entry in the house. Rano goes to give the phone to the neighbor. Neha picks Lakshmi’s purse. She gets Lakshmi’s photos.

Shalu asks Lakshmi did she forgive Balwinder. Lakshmi tells that she didn’t forgive him. Bani tells that Rishi will beat Balwinder if he knows this. Lakshmi tells that Rishi is impulsive, this is his problem. She worries for Rishi a lot. She shares her concern with them, and then asks them not to talk about Rishi. Neha returns her purse and goes. Shalu and Bani dislike Neha. Shalu asks Lakshmi to drop her to the coaching class. Lakshmi and Shalu leave. Rishi misses Lakshmi. He thinks to call her than thinking so much. Lakshmi tells Shalu that she was feeling scared like someone is following her.

He apologizes and tells that he was talking to the doctor, not her. She asks him if she shouldn’t come. He asks her to come for some time and then she can leave. She tells that she can’t come home. She admits that she called Sudeep to know about her. Rishi gets glad to know her concern. The call disconnects. They both try to call each other again. Shalu also feels that someone is following her. She thinks its Balwinder. Rano tells the neighbor Binny about Lakshmi, who refused to Neelam when the latter offered 50 lakhs. She tells that she will take that money from Lakshmi, Oberois will give any money for Rishi’s sake. She plans to get Lakshmi kidnapped. Balwinder calls her plan a flop. He tells that he will kidnap Shalu instead.

Reviewed Rating for Bhagya Lakshmi 7th March 2022 Written Update New storm: 5/5 This rating is solely based on the opinion of the writer. You may post your own take on the show in the comment section below.