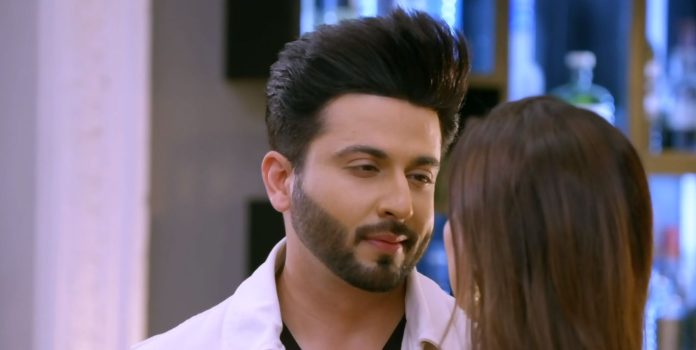 Kundali Bhagya 15th March 2022 Written Update Romantic twist Preeta threatens Prithvi and Sherlyn that she will get both of them thrown out of the house very soon. She promises to fulfil her challenge. Sherlyn gets tensed when Preeta mentions about Rishabh. She tells that she will not let Sherlyn plan a re-entry in the house after this permanent exit. Prithvi stays calm on hearing Preeta’s big boasting talks, knowing she is tasting more defeat than success. He doesn’t think Preeta is capable to stand against him. He asks Sherlyn to stay relaxed, he is enough to tackle Preeta. Preeta gets encouraged by Sameer, Shrishti and Biji. She has to still keep fighting for Mahesh until she gets the latter freed from Prithvi’s clutches.

Later, Preeta and Karan get into a moment, when he teases her on her weight. She asks him to hold her by wrapping his arm around her back and check if she is not slim. She makes him hold her and comes close to him on her own, making him smile by her innocence. Karan naughtily smiles to sign that he wanted this moment and instigated her to flow into the moment without putting efforts from his side. Preeta realizes his mischief and gets away. Preeta and Karan have a sweet moment of love. Preeta wants to win Karan’s trust. Will she succeed? Keep reading.

Earlier in the show, Preeta asks Prithvi and Sherlyn not to compare their illegitimate affair with her legitimate marriage with Karan. She calls her relation pure and respectful, unlike their relation, which is a fraud. She feels ashamed to stay with them under the same roof. He asks her why is she emotional about Luthras. Preeta tells that she respects Rishabh, she doesn’t hate him, even he gave her much respect. She feels she did a big mistake to get Rishabh married to a wrong girl. She misses Rishabh in the family who could have saved Mahesh and balanced the family, by protecting them from evil Prithvi.

Prithvi tells Preeta that he will make sure that everybody in the family hates Preeta and throws her out of the house. He tells that she will never be able to come back. She asks him to keep dreaming. She tells that she will oust Prithvi and also Sherlyn this time. She wants to make sure that Sherlyn doesn’t come back. Sameer drops Shrishti and Biji home. Biji asks Sameer to find a girlfriend for himself. He tells that he is trying. She asks him to keep trying. She leaves Sameer and Shrishti alone to make them spend time. Shrishti doesn’t stay back to talk to him. She goes to her house.

Sameer gets disheartened. Shrishti runs back to him and surprises him. She tells him that she had to talk to him. She admits that she liked his sorry video that day. He smiles on hearing this. He wishes that she isn’t upset with him now, they have become friends again. Karan tells Preeta that he is going out to sleep. She asks him not to be so arrogant. He tells that she has money which she needs the most. He asks her to sleep well, she doesn’t need him. Preeta cries that she needs Karan. She has fallen alone in the fight. She wants him to understand her once and support her.

She tells that the fight would have not been so tough for her if Karan was with her to support. She wants to tackle Prithvi. She isn’t doing anything to get the family love, but to save the family from Prithvi’s cheat. She doesn’t want Prithvi to succeed in his aim. She feels Prithvi can never do anything. Sherlyn tells Prithvi that Preeta will ruin their lives as she has spotted them together. Prithvi tells that they have won and Preeta has lost.

He tells that he is at the top of the game. She tells that Preeta is at the top, Preeta has all the power, he didn’t gain anything till now. She reminds him the times when Preeta had not come in their lives. She tells that he had power to do anything and control everyone, he had put Mahesh in the basement, he should have the same power again, if he underestimates Preeta, then the latter will create a big problem for them. She doesn’t want to lose after reaching close to their goals. She tells him that they can’t lose. He vents his anger. He agrees with her. He tells that his victory is really negligible, he will plan something to have a big victory.

She promises to fix everything soon. She tells that she will never lose her courage, she will keep fighting. She wants Mahesh to give her strength. She stays positive that things will get fine. She complains to him about Karan, who fights with her and talks strangely. Mahesh tells that Karan loves her a lot. She hears that and smiles. She asks what did he say. She tells that she heard it and is happy. She wants him to not finish the entire sweets box in one day, she will give him sweets next day. She takes the sweets box. Natasha tells Karan that they will attend Mahesh and play Gayatri mantra to keep him calm. Karan hears Preeta refusing to give sweets to Mahesh.

Reviewed Rating for Kundali Bhagya 15th March 2022 Written Update Romantic twist: 4/5 This rating is solely based on the opinion of the writer. You may post your own take on the show in the comment section below.