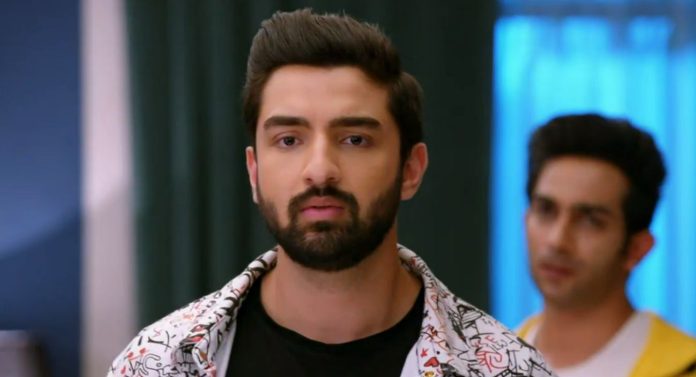 Bhagya Lakshmi 24th March 2022 Written Update Heroic Rishi Malishka is really happy. She tells Kiran that she is absolutely fine. She appears happy because of Rishi’s love. She tells that Rishi has given her the medicines, his behavior has changed after Neelam spoke to him. She tells that Rishi is talking to her with much love. She shares that she had seen Rishi fighting with Ayush to defend her. She feels she got her old Rishi back. Kiran tells that she is really happy for her. Karishma brings a good news for them. She tells that she spoke to Neelam about Rishi and Malishka’s marriage, Neelam has asked her to call the pandit. Malishka tells that pandit will not allow the marriage. Karishma asks her not to worry, they will ask pandit for any solution. Malishka fears the pandit’s good response.

Rano tells Lakshmi that she should go and seek help from Oberois. She fakes tears and tells that she can’t let Shalu die. She reminds Lakshmi that Neelam had got 50 lakhs cash when she came to ask Lakshmi’s help. Lakshmi tells that she can’t lower her esteem and beg for money. Rano asks her to meet Rishi and ask for help. Neha gives her phone and asks her to call Rishi. Bani asks Lakshmi not to think much and ask Rishi for money. Rano asks Lakshmi to just think of Shalu’s life than her esteem. Lakshmi refuses to call Rishi, who blocked her number. Lakshmi leaves to meet Rishi. Rano tells that Shalu should be safe. She prays for Shalu to pretend good in front of Pritam.

Rishi is on the way and recalls Neelam’s words about his marriage with Malishka. Lakshmi is on the way too. She worriedly rushes to Rishi’s house. She faces hurdles in reaching there. She tries to hire a taxi. Rishi thinks Lakshmi calls him a liar, she acts sweet and blocked him, she is actually a liar who didn’t keep the friendship. He doesn’t want to talk to her. He spots Lakshmi in the middle of the road, trying to get a taxi or an auto rickshaw. He calls her out. She hears his voice and turns to see. He thinks it’s a mistake and hides from her. He wonders what is she doing that she is running on the road. He asks the driver to go and help Lakshmi, and not tell her that he has sent her. He gets down the car.

He thinks Lakshmi is really in need to reach somewhere. He finds her worried. He thinks what is the matter. Rishi sends the car for her. The driver tells her that he will drop her. She takes the help and asks the driver to take her to Oberoi mansion. Rishi calls the driver and asks where is Lakshmi going, and why is she so worried. The driver tells that she wants to go to Oberoi mansion. Rishi asks the driver if its Rishi’s call. Rishi asks him to lie to her that its not Rishi’s call. Driver tells that its not his call. He asks does she want to talk. She refuses thinking he doesn’t want to talk to her.

Rishi asks driver to drop her safely. He takes a taxi and leaves for his important meeting. He is occupied with Lakshmi’s thoughts. He thinks why was she crying. He asks the taxi driver to take him home instead the office. The driver tells him that he can’t take him that way. Rishi leaves the taxi to hire another one to go home. He wants to know what is troubling Lakshmi.

Balwinder tells his friends that he will get money from Lakshmi and then kidnap her, Shalu will not take his name in front of the police knowing Lakshmi is in danger. He knows that Lakshmi and her sisters love each other, and this weakness will work for him. He tells that he loves Lakshmi and will snatch her. Virender learns that Rishi didn’t reach office. He thinks to call him and ask where is he. He checks Lakshmi’s missed call. He calls back Lakshmi. Lakshmi’s phone gets left in the auto rickshaw. The auto driver gets her phone. Virender fails to talk to her.

Lakshmi comes home and rings the bell desperately. The family wonders who is it banging the door. Malishka opens the door and sees Lakshmi. Karishma asks Malishka to close the door. Lakshmi tells that she needs Virender’s help. She enters the house and calls our Virender. Malishka asks her what’s the problem. Karishma tells that Virender isn’t at home. She asks Malishka not to pity Lakshmi. Neelam sees Lakshmi and recalls the way she humiliated her. Lakshmi asks her help, revealing that someone kidnapped Shalu and is demanding a ransom of 50 lakhs. She tells that she will return the money by working hard. Neelam gets angered at her. She asks Lakshmi to just leave.

She gives the same dose of humiliation to Lakshmi. Rishi runs on the road to reach home. He meets an accident. He gets hurt. The people gather and help him. Rano doesn’t see Rishi. She also rushes to Oberoi house. Balwinder asks Guddu and Bablu to put Shalu in the car. He is very sure that Oberois will give 50 lakhs to Lakshmi, else Rishi will give her the money. Shalu hears Balwinder’s plans of kidnapping Lakshmi. Balwinder tells that he will have a dream life with Lakshmi. Shalu cries helplessly. He tells that Lakshmi is just of him, he will kill anyone to get her.

Shalu doesn’t want him to kidnap Lakshmi. She falls down the chair while attempting to get free. He asks her to cooperate with him, because soon he will become his Jija ji. She hits him. He angrily hurts her and goes away. Lakshmi tells Neelam that the kidnapper has sent Shalu’s blood-stained dupatta. She begs Neelam to help. Neelam gets some cash and throws on Lakshmi’s face. She asks Lakshmi why is she shocked when she was begging just now. She asks her to pick the money and leave. She tells that nobody will give her 50 lakhs in charity.

Reviewed Rating for Bhagya Lakshmi 24th March 2022 Written Update Heroic Rishi: 3/5 This rating is solely based on the opinion of the writer. You may post your own take on the show in the comment section below.