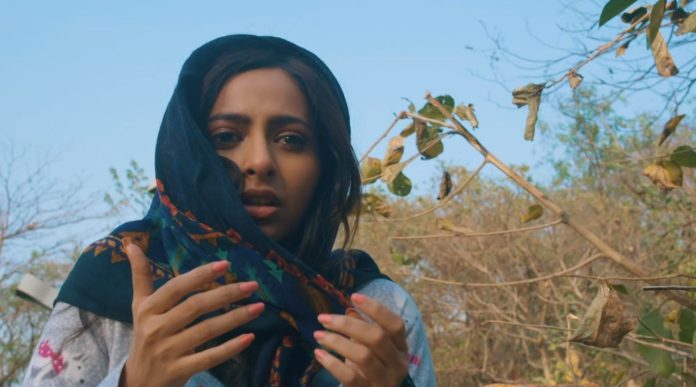 Yeh Rishta 23rd March 2022 Written Update Aarohi gets cursed Akshara runs to OT, dressed up in a surgeon’s uniform. She asks Abhimanyu about Manjiri’s condition. Abhimanyu tells Akshara that God heard them and Manjiri got saved. Akshara feels emotional and relaxed. She comes outside the OT with Abhimanyu. Anand and Mahima reveal to everyone that Manjiri is under observation. They also tell everyone that the real situation will be revealed after Manjiri gets her consciousness back as she is still in danger. Abhimanyu says he won’t let the person go easily, who got Manjiri into this critical condition.

Aarohi gets scared when Abhimanyu says that he will kill the person who got Manjiri in such a critical condition. She leaves without coming in anyone’s eyes. Kairav asks Anand, Mahima, Parth and Abhimanyu to rest as they would have got tired after performing critical surgery. Mahima says that she will stay with Manjiri. Abhimanyu announces that he will stay with Manjiri. He leaves to change. Akshara tells Birlas that Swarna and Suhasini have sent food for them at Birla house. Mahima tells Akshara that it wasn’t needed as staff handles all this in Manjiri’s absence. Akshara apologizes to Mahima.

Shefali calls Parth and asks him about Manjiri’s condition. Parth tells Shefali that Manjiri is out of danger now. Shefali says thank god. She tells Parth that she needs to go to the office for an emergency live coverage. Parth asks Shefali to make an excuse in her office as the biggest emergency is going at their home and family. Shefali tells Parth that she can’t make an excuse as war situations are going on in the world. Parth asks Shefali to concentrate on war later on as being Birla’s only daughter-in-law, house duties should be more important to her at present. He tells Shefali that she doesn’t care about Manjiri as she didn’t come to the hospital and now doesn’t want to handle work at home.

Shefali tells Parth that she also loves and cares about Manjiri. She also tells Parth that she stayed at home because Nishtha got terrified. Parth asks Shefali why she is leaving terrified little Nishtha alone. Shefali tells Parth she will leave after the family returns. Parth asks Shefali if she doesn’t have even little time for her in-laws. He tells Shefali that Akshara is better than her as she is fulfilling all the responsibilities and duties of being Birla’s daughter-in-law even before her marriage with Abhimanyu. Parth reveals to Shefali that Akshara came and handled the whole family, Abhimanyu and the situation and she (Shefali) wants to do world war coverage. He tells Shefali that she should learn good daughter-in-law qualities from Akshara.

Shefali stops Parth and asks him which of her responsibilities and duty, she didn’t fulfill. She tells Parth that she is going for her job, not for enjoyment. Shefali says her work demands her time. She tells Parth that he can’t understand professional responsibility and pressure. Shefali also tells Parth that he can make her sit at home like him. Parth disconnects the call telling Shefali to do world war coverage, if it’s more important to her than her family. At night, Akshara enters Abhimanyu’s cabin with dinner for him. She sees Abhimanyu changing and apologizes to him for entering his cabin without knocking. Abhimanyu tells Akshara that it’s fine as she has the official right to enter his cabin without knocking.

Akshara caresses Abhimanyu’s hair. Abhimanyu blurts in his sleep that he won’t leave the person who got Manjiri reach in a critical condition. Akshara leaves hearing it. Swarna and Akhilesh discuss how Akshara and Abhimanyu’s engagement will happen without Manjiri. Thinking that Abhimanyu won’t be able to go for engagement in this condition/situation, Goenkas thinks of postponing Akshara and Abhimanyu’s engagement. Unaware of the reality, Swarna curses the person who hit Manjiri with his/her car and left her behind to die. Aarohi gets scared hearing this. Akshara and Manish overhear Akhilesh saying that he will talk to Birlas about postponing the marriage.

Akshara supports Akhilesh and Swarna’s decision saying that nothing is bigger than their mother for anyone. She says that Manjiri is the world to Abhimanyu and asks Akhilesh to postpone her and Abhimanyu’s engagement. Using sign language, Akshara asks Aarohi if she is fine. Aarohi signs Akshara that everything is fine. Manish says he doesn’t understand why there are so many obstacles coming up in his child, Akshara’s marriage. Early in the morning, Aarohi is seen awake. After confirming that Akshara is asleep, she leaves the house secretly. Aarohi reaches Manjiri’s accident place and checks that the incharge constable is sleeping.

She recalls Akshara, Abhimanyu, Neil and Swarna’s cursing words towards Manjiri’s culprit. Aarohi thinks maybe Manjiri’s accident happened from some other car at the same time and spot. She crosses the police’s investigation tape in search for some clues of Manjiri’s accident. Aarohi gets scared seeing the accident area and thinks that she was the one who hit Manjiri. Recalling Abhimanyu’s words, she thinks Abhimanyu will get her punished anyhow if he gets to know the truth. Scared Aarohi runs from the accident area. At Goenka Mansion, Akshara relaxes reading Abhimanyu’s message telling her that Manjiri is stable now and he had a good rest.

On finding Aarohi missing, she shouts to call her. Aarohi comes to the room tensed. Akahara asks Aarohi if she is fine or having any side effects of medicine. Aarohi signs Akshara that she is fine. Akshara tells Aarohi that Abhimanyu informed that Manjiri is stable now. She also tells Aarohi that maybe Manjiri saw or knows the person who hit her with his/her car. Akshara further tells Aarohi that whoever did Manjiri’s accident won’t escape easily. This scares Aarohi more. Akshara asks Aarohi to rest at home and leaves to meet Abhimanyu. Later, Akshara meets Abhimanyu and asks him about Manjiri’s condition. Abhimanyu tells Akshara that Manjiri is stable and the nurse is changing her dressing inside.

Akshara tells Abhimanyu that they will get married once Manjiri will be able to perform ghoomar. Abhimanyu thanks Akshara and thinks to inform at home. He tells Akshara that everything will get fine soon and no problem will be able to create a crack in their relationship. Akshara agrees with Abhimanyu. In her bed, Aarohi feels scared and worried thinking what will happen, if anyone will get to know the truth of Manjiri’s accident. She thinks that she will not let anyone know this truth.

Reviewed Rating for Yeh Rishta 23rd March 2022 Written Update Aarohi gets cursed: 3/5 This rating is solely based on the opinion of the writer. You may post your own take on the show in the comment section below.