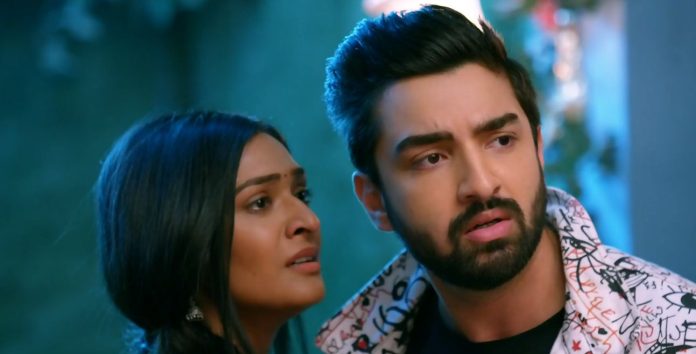 Bhagya Lakshmi 25th March 2022 Written Update Epic stunner Rishi stuns Lakshmi Neelam asks Karishma to make Lakshmi leave. She tells that she won’t give such a big amount to a stranger. She asks Lakshmi to just go away. Lakshmi doesn’t move and falls in Neelam’s feet. Neelam tells that she doesn’t like such pleading. On the other hand, Balwinder plans to kidnap Lakshmi. He tells Bablu that nobody will know what happened and how. He wants to go away to another city and start a new life with Lakshmi. He plans to marry Lakshmi and make him his wife. He tells that Lakshmi’s family can never find her once he takes her away. Neelam asks Lakshmi to just get out of her sight. Lakshmi cries profusely.

Karishma drags Lakshmi and pushes her out of the main door. Rishi is restless to know about Lakshmi’s plight. He runs towards his house. He finally reaches home when Lakshmi is getting thrown out. He holds Lakshmi and supports her. Neelam shouts that she won’t give 50 lakhs to a stranger for saving her sister. Rishi hears this and learns about Shalu’s kidnapping. He tells Neelam that Lakshmi isn’t a stranger. Rishi shouts to support Lakshmi. Neelam, Karishma and Malishka get worried seeing Rishi falling for Lakshmi again. Lakshmi gets touched by Rishi’s caring and supportive gesture.

Earlier in the show, Neelam gets some cash and throws on Lakshmi’s face. She asks Lakshmi why is she shocked when she was begging just now. She asks her to pick the money and leave. She tells that nobody will give her 50 lakhs in charity. She remembers how Lakshmi insulted her when she approached the former to ask for help. She tells that Lakshmi should have sold herself and taken the money for this day. She reminds that Lakshmi had to come home and stay with Rishi to protect her, but Lakshmi didn’t believe her. She tells that she doesn’t believe Lakshmi now. She makes fun of Lakshmi’s misery. Lakshmi sheds tears of sorrow.

Neelam tells Lakshmi that she should have taken the money that day. She reminds her words that Lakshmi might need her help some day like she needed Lakshmi that day. Lakshmi tells that she didn’t mean to insult her. She apologizes to Neelam. Neelam insults her and calls her a nobody. She tells that Lakshmi was related to Rishi but she broke the relation. She had pleaded with Lakshmi to save Rishi’s life but Lakshmi said that all their relations are over, and now she is just a stranger for them. She asks Lakshmi why did she come to beg her when she has no relation with them.

She asks Lakshmi to remember that day and that conversation. She asks her not to waste time and just go away. She tells that she will not donate 50 lakhs to a stranger. She can’t help Lakshmi in saving Shalu. Lakshmi tells that she will swear and return the money once she saves Shalu. She asks for the money. Neelam asks Karishma to take Lakshmi away. Lakshmi tells that Shalu will die if they don’t give the money. She begs Neelam and falls in her feet. Karishma asks Lakshmi to just get out. She pushes Lakshmi out of the house. Rishi comes in time and holds Lakshmi in his arms. They lock their eyes. Rishi tells Neelam that Lakshmi isn’t a stranger. Karishma asks did he forget that Lakshmi insulted Neelam.

Rishi asks Neelam what’s happening. Lakshmi shouts that she wants help. Neelam asks Rishi to come with her. Karishma ousts Lakshmi and shuts the door. Lakshmi shouts to get their help. She doesn’t want to waste time. She runs to find another way and save Shalu. She collides with Rano. Rano asks her about the money. Lakshmi tells that she begged Neelam but the latter refused. She wants to meet the kidnapper and plead with him. Rano asks why would the kidnapper leave Shalu without taking the money. Lakshmi tells that just she can save Shalu. she goes away. Rano’s plan fails.

She wants the money somehow. Rishi asks Neelam why was Lakshmi running, what’s the matter. He didn’t expect this from the family. Rishi tells that he will talk to Lakshmi. Rano knocks the door. Neelam asks him to not open the door. Rano meets the Oberois. Rishi asks where is Lakshmi. Rano tells that Lakshmi had come to take their help. Karishma asks her to leave, they aren’t related. Rano reminds that Lakshmi risked her life and saved Rishi’s life. She tells that Shalu is kidnapped, her life is in danger. Rishi asks her what happened to Shalu. Karishma stops Ahana from telling anything. Rano tells that someone has kidnapped Shalu and demanding a ransom of 50 lakhs. Rishi is shocked to know this.

Rano tells that the kidnappers will kill Shalu if they don’t get the money. She asks why did they kick out Lakshmi when she came to ask for help. Rishi runs to bring money and help Lakshmi. Kiran asks Rano did she come to emotionally trap Rishi. Rishi gets the money to save Shalu. Neelam asks him where is he going. Rishi tells that he is going to save Shalu. Ayush is also shocked to know that Shalu is in danger. Rishi wants Neelam to understand him. He leaves from the house. Neelam gets upset and tells Karishma that she wants to be alone for some time.

Rano gets glad that finally she will be getting the money. Shalu cuts the rope with the glass piece. She frees herself. She tries to run away. Balwinder sees her fleeing. He asks his goons to catch her. He tells that he has to change the plan, he will kidnap Lakshmi and take her away to marry her. Lakshmi argues with the auto driver. He tells that he can’t drive the auto more faster. She wants to save Shalu. Rishi wonders why was the family being so rude towards Lakshmi when she was just asking for their help. He wants to reach Lakshmi. She tells that Lakshmi should have called him by unblocking his number. He borrows someone’s phone to call Lakshmi. The auto driver answers the phone.

Rishi asks about Lakshmi. The auto driver tells that Lakshmi forgot her phone in his auto rickshaw. Rishi asks him where is he now. He tells the driver that he will come and get the phone. He rushes to get her phone. He tells that Lakshmi can’t even handle a phone. Shalu runs away and hides from the goons. She believes Guddu is a right person and runs to him. She asks him did Lakshmi send him to save her. She sits in the car. She asks him to take her to Lakshmi. She tells that the goons are following her. Guddu wonders how did she get free.

Elsewhere, Pritam asks Rano about Lakshmi. He wants to know what happened at the Oberoi house. Rano tells that Lakshmi couldn’t convince Neelam, but then she/Rano lectured them and convinced them to help them save Shalu. She tells that Lakshmi and Rishi will save Shalu now. Bani thanks Rano. Guddu thinks how would he take Shalu back to Balwinder. Shalu asks him to drive fast and not let the goons see her. She questions him what was he doing there. He tells that he was on the way to home. She asks how did he know that Balwinder had tied her to the chair. He gets worried.

Reviewed Rating for Bhagya Lakshmi 25th March 2022 Written Update Epic stunner: 5/5 This rating is solely based on the opinion of the writer. You may post your own take on the show in the comment section below.