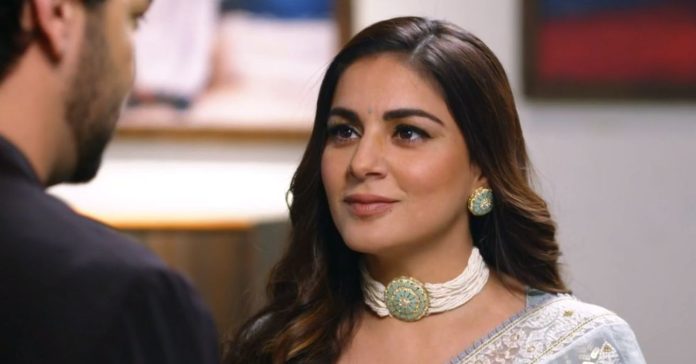 Kundali Bhagya Preeta secret out 25th March 2022 Written Update Prithvi tells Karan that he was waiting for him. He tells him that Preeta manipulated and framed him to get him arrested. Karan asks him to shut up and not take Preeta’s name. He tells that he stays quiet in the house because of elders. He doesn’t want to spare Prithvi, who asks him to think of Kritika’s pain. He blames Preeta again. He tells that Preeta has really worked hard and used her mind, unlike the foolish Luthras who never use their mind. Karan yells at him Inspector asks Karan to leave Prithvi and just sign to file the FIR. Prithvi tells that Preeta will ruin all of them one day. Karan doesn’t care for him. Karan takes a selfie with the police staff.

Prithvi jokes that Karan is a zero now, he doesn’t play cricket now, he has no value, he won’t get selected in the cricket team this year. Karan ignores his instigation and leaves. Rakhi tells Bani that she is very happy that Prithvi got arrested. Bani is relieved that Karan is safe. Kareena feels guilty to doubt Karan. She was expecting him to steal the papers for their sake. She feels proud that he is a guy of principles. Rakhi tells that there are positive vibes since Prithvi left. Kritika reminds her that Preeta is the house owner.

Rakhi tells that it doesn’t matter if the papers are with Preeta. She feels the house is same like before. Kritika tells that there is nothing like the old times. He tells that her husband got arrested, Kareena can’t be happy. Kareena tells that she is happy that Karan didn’t get arrested. She reminds that Prithvi had stolen the papers and tried to frame Karan by leaving the empty folder in Karan’s room. She doesn’t like Prithvi. She tells that she will always choose Karan over Prithvi. Kritika asks who will choose her daughter. She feels saddened that the family is so selfish. She goes away. Kareena worries for her.

Rakhi tells that Kritika will soon understand them, once they understand her feelings. She tells that Kritika loved Akshay a lot but her heart broke, even Prithvi has hurt her, but Kritika regards him her husband by all her heart. She tells that Kritika is feeling love for her husband. She asks Kareena not to worry for Kritika, who isn’t able to judge right and wrong, she is just confused. She consoles Kareena. Karan worries for Kritika. He calls up Sameer. Sameer tells that he is happy that Prithvi is arrested. Karan asks him to take care of Kritika, who is too worried. He tells that Preeta and Kritika’s equations have changed, they have to handle Kritika. He asks Sameer to pacify Kritika. Sameer asks him not to worry and come home.

Sherlyn finds Kritika crying for Prithvi. She realizes that just Kritika was fighting for him against Preeta. She wants Kritika to support her. She thinks to get Kritika on her side and make a team against Preeta. He goes to console Kritika. She tells that she can understand her pain. Natasha overhears them. She knows Sherlyn is pulling off a good drama. Sherlyn tells Kritika that she knows that a wife doesn’t get respect when her husband isn’t along. She shares her pain that Rishabh isn’t with her. She hugs Kritika. Natasha thinks the Sautans are hugging with love. She finds Kritika dumb.

She wonders how did Prithvi get caught. She thinks even he is dumb in front of Preeta. Prithvi expects his men to come and bail him out. Constable tells that someone has come to meet him. Prithvi tells that it might be Naagre or Karan. Constable takes him along. Prithvi is surprised seeing Preeta. He asks if she was missing him a lot. She tells that the place is for him, she doesn’t belong to the jail. She adds that she had to talk to him, she thought to answer his questions by revealing her motive. She tells him that he always questioned her and today he will get the answers. She tells the real motive behind her return in the Luthra family. She reveals that the reason is love, she loves every member of the Luthra family, her Sasural is important than her Maayka.

She shocks him by the revelation. She tells that he is a devil and she had planned everything to throw him out of the house. She admits her plan of framing him in the theft. She tells that she knew his evil intentions and greed, he fell into her trap so easily. She is relieved that he landed in the jail. He appreciates her planning. He tells that she has played a superb game. He adds that if he is a devil, then she is evil for the Luthras, they don’t like her at all, she did this for Luthras’ love, but they will never love her. He asks her to get ready to face their hatred and rejection. He tells that if she tells the family that she got him arrested for their sake, even then the family will reject her, she is bad for them, they will never regard her good.

He asks her to tell them that she planned this to get him behind the bar, nobody will listen to her, she will never gain anyone’s faith. She tells that she doesn’t care as long as she took the step for the family’s sake, she will love them even if they don’t love her. She tells that they hate her because they don’t know the truth, once Mahesh gets fine and she proves herself right, then they will love her and support her like before. She makes him realize that Karan supported her and got Prithvi jailed. She tells that Karan trusts her, he supported her today and everyone will support her tomorrow. She asks him to think of himself, he is alone and may need a company. She tells that she will very soon send Sherlyn to the jail, both of them can get happy. She tells that once the family celebrates Holi happily, then Sherlyn will exit from the Luthra house. She enrages Prithvi.

Reviewed Rating for Kundali Bhagya Preeta secret out 25th March 2022 Written Update: 5/5 This rating is solely based on the opinion of the writer. You may post your own take on the show in the comment section below.