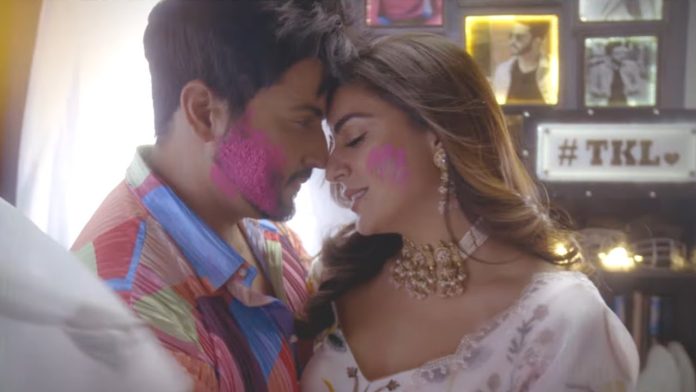 Kundali Bhagya Holi Twist Spoiler 30th March 2022 Update Prithvi talks with himself inside the jail and says that let Luthras celebrate Holi with happiness but after this, they will not be able to celebrate it. Shrishti tells Sameer that she is not liking the way Karan is applying colors to everyone except Preeta. Shrishti feels that Karan and Preeta’s relationship is very colorful but Karan has made it colorless. Sameer is left worried. Karan and Preeta are seen celebrating Holi, while Sherlyn plans Natasha’s entry in Karan’s life. Sherlyn plans to spike Karan’s drink and make him go close to Natasha. What will happen on this Holi?

Mohit tells Pakhi that there is a tracker situated inside her ring. Pakhi says that the ring is given to her by Agastya. Pakhi realizes that for many years Agastya has been keeping watch on her. Pakhi cries loudly when she gets to know that Agastya had attempted the attack on Ishaan. Pakhi joins all the dots and realizes that all the wrongdoings have been conducted by Agastya. How will Pakhi gain the strength to tolerate Agastya’s betrayal?

Rishi tells Balwinder to free Shalu from the van. Guddu brings Shalu out. Balwinder tells Rishi that till he doesn’t get the money he will not free Shalu. Balwinder tells Shalu that she thought he will change the plan but the plan is still the same. Shalu is shocked. Balwinder tells Shalu that he will take Lakshmi and run away. Lakshmi comes riding an auto. Rishi tells Lakshmi if she needed money to save her sister then she should have called him. If she is her sister then she is related to him too. Rishi informs Lakshmi that Balwinder has kidnapped Shalu. Lakshmi is shocked. Virendra and the police chase Balwinder. Aayush attempts to seek attention by removing his head from the car.

Anupama informs the members of Shah family that she has done all possible tasks for each and every member of the family. She declares that she is tired now and not wrong this time. Anupama says that all of them are embarrassment for her. Toshu, Pakhi, Baa, and Vanraj are shocked. Anupama makes an announcement that she had enough of everything but now she will marry. Baa, Vanraj, Kavya and Rakhi Dave are alarmed.