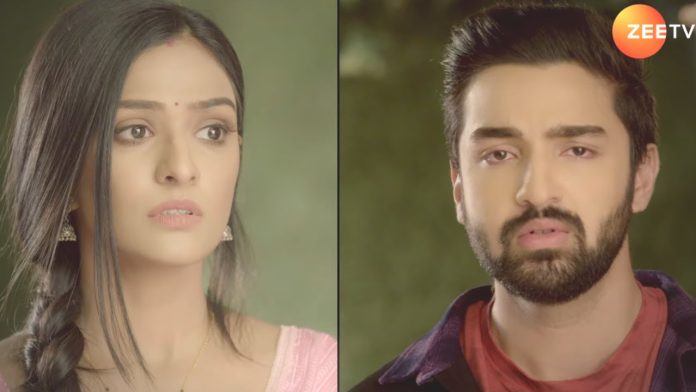 Bhagya Lakshmi Upcoming 31st March 2022 Spoilers Bhagya Lakshmi upcoming track – Rishī Lakshmi moment Shalu removes her bangles and drops them on the road. Lakshmi discovers Shalu’s bangles and tells Rishi about the same. She tells that Shalu must have dropped it purposely so that they find her. Balwinder and his friends take Shalu and Aayush to their hideout and tie them firmly. Lakshmi and Rishi reach Balwinder’s hideout. Aayush tells Shalu that he had come to save her as he really cares for her. Rishi and Lakshmi have a romantic moment while hiding. Shalu and Aayush also look at each other’s eyes. Balwinder sees Lakshmi approaching him. Will Lakshmi and Rishi fool Balwinder and save Shalu and Aayush from his clutches?

Swaran is humiliated in front of the whole colony. Police arrests and takes her away. Swaran’s identity becomes a topic for the media and they ask her if she conspired against her sons by joining hands with her boyfriend. Swaran asks them to stop insulting her by asking such questions. Vikram tells Swaran that she wanted to remove them from the house but she had to leave instead. How will Swaran bear the disgrace and charges put on her? Will Ajit be able to liberate Swaran from her son’s trap?

Yohan angrily tells Sejal that despite warning her not to take up the job she took it so now she has to bear the consequences. He throws a ball in her direction which goes and hits the flower vase. Yohan promises Sejal that he will make her life miserable. He locks Sejal in a dark room and she cries for help. Yohan pledges that there will be water in front of Sejal but she will not be able to drink it. Yohan listens to Sejal’s voice but ignores it. Will Yohan have a change of heart and remove Sejal from the dark room?