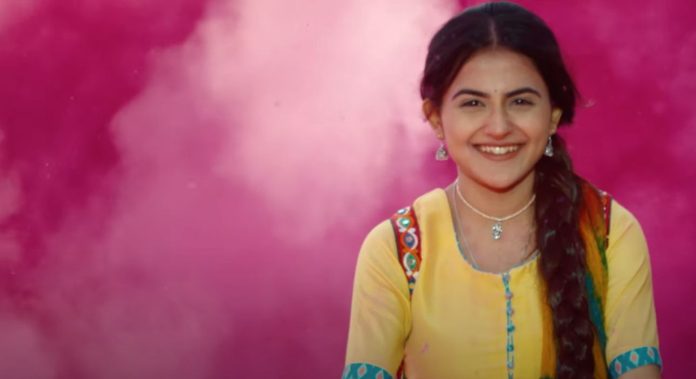 New shows Upcoming Mithai Banni Chow Gud Se Mitha Ishq Mithai – Mithai’s Aloo Jalebi Siddharth’s family is performing the pooja of Lord Krishna but the Mukut keeps falling down. But when Mithai enters the Mukhut gets fixed firmly on his head. Dadu says that Lord Krishna became happy. Mithai enters with a basket full of Jalebis and places it on Krishna’s feet. She enthusiastically serves everyone her special Aloo ki Jalebi. Siddharth asks Mithai who is she and Mithai answers that her name and work both indicate sweetness. Mithai offers him Jalebi but Siddharth says he hates sweets. Mithai tells Dadu that if her jalebis can convince Lord Krishna then Siddharth is just a human. She declares that she will convince him one day. Dadu gives Mithai her money. Siddharth looks angrily at Mithai. Will Mithai be able to remove bitterness and fill Siddharth’s life with sweetness?

Parineet overhears Rajeev and Gurinder’s conversation. Rajeev says that his marriage with Parineet is just a compromise. Rajeev tells his mother to stop the drama as this marriage is not important to him. Parineet drops the tea in utter shock. Her entire world crashes down. Rajeev and Gurinder are in a fix as Parineet has listened to their whole conversation and has come to know the truth. What will Parineet do now? How will she be happy in a compromised marriage with Rajeev?

Travel enthusiast Neel enjoys clicking photos of beautiful mountains in Uttarakhand. While sightseeing he hears a sweet voice and goes after it. Neel sees Kaju, a tourist guide dancing and singing. Lost in her Neel is about to slip when Kaju saves him. Neel thanks Kaju but she refuses his greetings because they consider tourists as their god. Everyone claps for Kaju as she saves Neel from falling off the cliff. Is it the start of a new chapter in Kaju’s life? What will be Neel’s role in Kaju’s life?