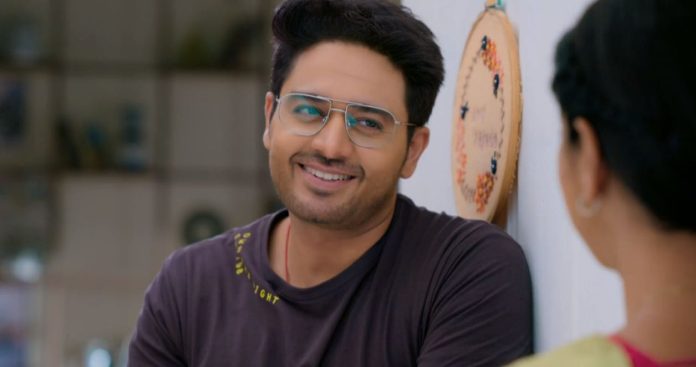 Anupama 1st April 2022 Written Update Happy beginning Kavya angrily asks why Anupama’s doli will leave from the Shah house only. She also asks Vanraj if he has gone so helpless that he will welcome guests, handle caterers and organize chairs in his ex-wife’s marriage. Kavya further asks Vanraj to steal Anuj’s shoes in marriage by calling him, “jijaji” and then they will fully become relatives of the bride then. Vanraj shouts Kavya’s name. Kavya asks Vanraj why can’t Anupama get married from her mother’s house. Vanraj says they are getting Anupama married from here because they want to trouble them.

He says Anupama speaks much usually but she didn’t refuse to get married when Bapuji took up this topic. Baa says Anupama wanted to make them angry and feel bad and that’s why said yes to get married. Rakhi puts fire to the fuel by saying that now Anupama will make Shahs jealous in all the ceremonies of her marriage. She says even Anuj will get the chance to tease Shahs by singing, “Dilwale Dulhania Le Jayenge, Reh Jayenge Reh Jayenge, Ghar Wale Dekhte Reh Jayenge”. Paritosh says Anupama could have gone to America with Anuj and gotten married 10 times and they wouldn’t have got affected.

Rakhi says Anupama wanted to get married in front of Vanraj to make him jealous. Vanraj gets angry. Rakhi tells him that Anupama wants the same reaction from him. Baa says Anupama will get married but won’t be able to remain happy. She also says that she doesn’t know if Bapuji’s blessings will work on Anupama or not, but her curse will work for sure. At the same time, Mamaji arrives and tells Baa that she will get affected by his curse. Everyone gets shocked. Baa shouts, “Bhailu”. Mamaji shuts Baa and tells her that today Anupama’s Mamaji is standing in front of her, not her brother.

He even shuts Vanraj for speaking in between. Mamaji says he has a disease because of which he forgets everything. He asks Baa to remember that the brain can forget things, but not the heart. Mamaji tells Baa that her words to Anupama pricked his heart. He also tells Baa, that he won’t ever be able to forget her ill words to Anupama or forgive her for those ill words. Mamaji asks Baa if she even thought how badly Anupama will get hurt, hearing her ill words. Baa lowers her eyes. Mamaji tells Baa that now she will understand how a person feels when his/her loved or dear ones gives a curse. He tells Baa that he will curse her today.

Rakhi says, “wow, everyone is playing curse-curse” in Shah house. Mamaji asks Rakhi who she is. Rakh asks Mamaji if he forgot again that she is Rakhi Dave. Kavya asks Mamaji how he can forget his own crush. Mamaji says he didn’t forget Rakhi but instead was showing her attitude. He asks Rakhi who she is to interfere in their house matters. Mamaji tells Rakhi that he will always remember that she isn’t worth to be liked by someone. This shocks everyone and Mamaji leaves. On the other hand, Anupama says she suffered a mother’s scoldings, her taunts, her punishments and now mother gave her a curse.

Samar tells Anupama that Bapuji is saying right as God won’t ever let anything bad happen to good people. He asks Anupama to not worry as no curse will work on her. Kinjal tells Anupama that they won’t let any curse even reach her. She wards off the evil sight from Anupama. Kinjal explains to Anupama that blessings are much bigger than curses and she has their (Samar, Bapuji, Mamaji and Devika’s) blessings and best wishes with her. Samar tells Anupama that her marriage with Anuj will happen for sure and that too from Shah housez like Bapuji said. Bapuji says he will talk to Anuj early in the morning. He jokes that he fears that Anuj may bring his baraat tomorrow only.

Everyone laughs at Bapuji’s joke. Bapuji declares that from tomorrow Anupama and Anuj’s marriage preparations will start. He asks Anupama to wear off her worries as only good will happen now. Bapuji also asks Anupama to remember that it’s her father’s house and she will stay here with full respect, till she gets married and leaves in Doli. Anupama looks at Bapuji’s invitation of her marriage to God in Shah house’s temple. Bapuji starts crying as Anupama leaves. Worried, Mamaji asks Bapuji what happened to him. Bapuji tells Mamaji that till now, he heard that a son can be evil, but never heard that even a mother can also be evil.

He says Baa proved this learning false today. Bapuji says a mother can not curse an enemy even but Baa cursed her daughter, Anupama. He also says that Anupama devoted her whole life in Baa’s service but the latter never appreciated the former. Bapuji says orthodox thinking of underestimating women, keeping her behind men and never letting her succeed is a virus and even women can have this virus. He also says that mother-in-laws should be happy seeing their daughter-in-laws succeed but instead they get angry. Bapuji further says everyone is fighting in this world; world wars are happening between countries, people are fighting in their houses, discouraging women and ousting them from the house for wishing or trying to succeed in life.

He says loved ones’ ill words pricks a person very badly but in Shah house, people have opened a whole factory of ill words. Bapuji says no one got affected when Baa cursed Anupama. He also says he knows that Baa’s curse won’t affect Anupama. Bapuji cries profusely and asks Mamaji, why Baa gave a curse to Anupama. He says, what bad would have happened to anyone if Anupama would have left Shah house by happily getting married. Bapuji says Anupama did nothing bad to anyone or Baa. He also says that Anupama’s happiness is Baa’s sadness. Bapuji asks Mamaji, why people have so small hearts that they can’t even see or tolerate other people’s happiness.

Pakhi overhears Bapuji and Mamaji’s conversation. At night, Anupama recalls Baa’s curse and Bapuji’s explanation to not worry as the curse works on those who are wrong or did something bad. She also recalls Kinjal warding off evil sight from her. Anupama thinks that she won’t ever be able to forgive Baa for cursing her. She thinks if Baa has the right to scold her, then she also has the right to be angry with Baa being her daughter. Anupama thinks she is very very angry. She also thinks that she will get married to Anuj for sure. Anupama further thinks to ask Bapuji to hold her and Anuj’s marriage at another place, if Baa doesn’t want it to take place in Shah house.

She thinks that she will pray that her and Anuj’s marriage and relationship doesn’t catch anyone’s evil eye. Anupama further thinks that she wanted to marry Anuj with Baa’s blessings but Bapuji and GK’s blessings are enough. She wishes that Anuj returns soon, so that Bapuji can talk to him and GK about their marriage. On the other hand, Anuj praises driver for his advice/suggestions about married life. Anuj starts recording important advice about married life from his driver. He gets shocked when his driver asks him to place a cushion on the mare before sitting on it to take his baraat to the bride’s house.

Anuj gets angry and asks his driver to drive fast and safely as he wants to return home safely and quickly. Next morning, Anupama is seen performing Tulsi Pooja. She requests God to take care of Anuj, Bapuji’ health, Baa’s knee pain, Kinjal and her baby. Anupama also prays to God to give wisdom to Pakhi and Paritosh, peace of mind to Samar and Vitamin H. Bapuji comes there and prays to God to give Anupama all the happiness in the world and keep her away from all the troubles. Anupama tries to say something to Bapuji. Bapuji refuses to hear anything from Anupama. He tells Anupama that Shah house and its member’s have always disrespected her and even committed a sin by ousting her from the house. Bapuji also tells Anupama that he will get rid of this sin only by getting her married and bidding her a respectful farewell.

He asks Anupama to stop getting worried for people who don’t care about her. Bapuji asks Baa to get ready as he has to tell Anuj about his and her marriage. Baa overhears all this. She thinks earlier her mother-in-law didn’t let her live peacefully now Anupama is not letting her breathe peacefully. Baa says she will not accept her defeat now. Later, Kinjal feels dizzy, and Paritosh asks her if she is fine. Paritosh starts going to call Anupama but Kinjal stops him. She asks Paritosh why he puts his mother in difficult situations, if/ when he remembers her only in difficult times. She angrily tells Paritosh that he remembers his mother only in the time of need. Kinjal also tells Paritosh that his relationship with Anupama stands on need only; he ends his relationship with Anupama and humiliates her, when he doesn’t require her help but remakes a relationship with her in the time of need.

She tells Paritosh that this cycle repeats again and again and his life runs in this loop only. Kinjal also tells Paritosh that she wishes their child to not be like him. She further tells Paritosh that she will die alive if her child will behave exactly how he behaves with Anupama as she isn’t strong like Anupama. Before leaving, Kinjal asks Paritosh to remember that a person who hurts his/her mother can never be happy in their life. She finally leaves asking Paritosh to improve at least for himself. Paritosh says Anupama’s devotees start lecturing early in the morning. On the other hand, Anupama reaches Anuj’s house to meet him. This makes Anuj happy.

In the next episode, Anuj will be seen welcoming Anupama to his house by performing her pooja. He asks how he can’t perform pooja of the person, whom he has been worshiping since last 26 years. Anupama’s supporters get happy seeing this. Bapuji and GK will perform Anuj and Anupama’s shagun/tilak ceremony. The couple will take the elders’ blessings. Anupama supporters will scream that MaAn’s marriage ceremonies finally started. Everyone will dance around the happy couple.

Reviewed Rating for Anupama 1st April 2022 Written Update Happy beginning: 5/5 This rating is solely based on the opinion of the writer. You may post your own take on the show in the comment section below.