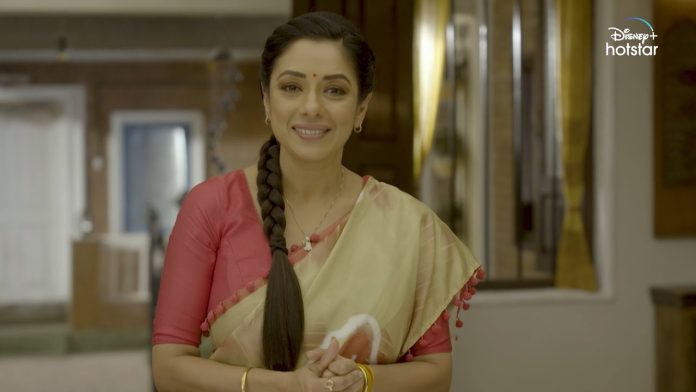 Anupama – Namaste America starts 25th April on Disney+ Hotstar There is very good news for all fans of Anupama. Disney+ Hotstar is all set to tell more life stories of strong-headed woman Anupama in a form of 11 episodes. This series will be a prequel to the ongoing show named Anupama. It will explore Anupama and Vanraj’s initial married life and we will again get to see a shy and timid side of Anupama who has now turned courageous and badass. The fans will get to see what kind of struggle Anupama has faced for the Shah family to fulfill their needs. After establishing a number one place in the television world Disney+ Hotstar came upon the thought of giving the viewers the in-depth history of our beloved Anupama.

The series will tell about Anupama’s dreams, desires, wishes, and goals being tarnished by her dominating husband and mother-in-law due to societal pressures. Actress Rupali Ganguly is all set to play the younger version of Anupama who will behave like a typical middle-class Gujarati daughter-in-law but the audiences will get to see some interesting elements. Anupama fans will definitely like this series too and fall in love with it. The immense popularity and recognition that the show got gave birth to an idea of going one level ahead.

Anupamaa was launched in the year 2020 on tv and has retained its place at the top of the TRP charts. According to the speculations, some of the artists from the original serial have been approached to play the characters in the life of Anupama. Actors like Sudhanshu Pandey will play the egoistic Vanraj Shah, Baa, Bapuji, and Dolly will be portrayed by Alpana Buch, Arvind Vaidya, and Ekta Sariya. The new entrant in the prequel will be legendary actress Sarita Joshi (Roohi) who will play Moti Baa.

Disney+ Hotstar recently dropped the first look of ‘Anupama – Namaste America’ where Anupama is seen giving more insight into her character. They uploaded the promo and captioned it “Dekhiye Anupama ki zindagi ka vo panna jo aaj tak kisi ne nahi dekha! Anupama: Namaste America streaming from April 25. #AnupamaNamasteAmerica #RupaliGanguly #DisneyPlusHotstar”. Anupama is a Hindi remake of a Bengali serial named Sreemoyee based on a life of a middle-class housewife. How much excited are you to watch Anupama – Namaste America? Do comment and state your views and opinions in the comment box below about this upcoming series starring Rupali Ganguly and Sudhanshu Pandey.