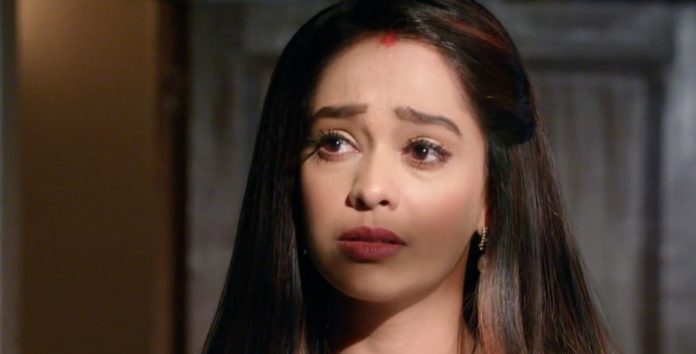 Kumkum Bhagya 4th April 2022 Written Update Prachi to die Shahana tells Prachi that Rhea is the real culprit, who conspired to win an intoxicated Ranbir to break his marriage with Prachi. Prachi loses her cool. Shahana defends Ranbir. Prachi doesn’t think Ranbir is right, he has to prove himself innocent first. She doesn’t show any trust on him. Shahana stirs her old faith and asks her to just believe Ranbir for once. Prachi sheds tears. She tells Shahana that if she is saying the truth about Rhea, if Rhea has really done so wrong, then Rhea will see her raging avatar which even she herself didn’t see till now.

Rhea tells Aaliya that she is going to become a devil from Prachi’s darling sister. Dida plans to get Rhea and Aaliya ousted. She wants to reveal Rhea’s conspiracy to Pallavi and explain her that love can’t be acquired this way by force. She wishes Pallavi understands where Ranbir’s real happiness lies. Nick assures Rhea that he will plan to kill Prachi. He plans to make the chandelier fall over Prachi so that her murder looks like an accident. Rhea is happy thinking its Prachi’s last night in the house. Keep reading.

Earlier in the show, Shahana asks Prachi not to think much, Ranbir said that in anger. Prachi tells that Ranbir was saying the truth, he has hurt her in anger, he doesn’t love her. She doesn’t want to feel bad. She tells that she will remember that he doesn’t care for her, Ranbir has freed her from their relation and love, he doesn’t need her now. She feels mad that she was thinking to unite with him, but its good that she didn’t initiate it. She wants to restrict herself. Shahana tells that Ranbir is innocent, he is stuck. Prachi tells that she knows him, he isn’t innocent, he is just acting great. Prachi goes on an ego trip and accuses Ranbir. Stay tuned.

Prachi tells Shahana that she is practical, they can’t give a clean chit to Ranbir by suspecting Rhea. Shahana asks her not to be negative. She tells that Ranbir has just loved Prachi, what if he has proved that he is innocent then what will she do. Prachi tells that if he proves that there was no third person between them, then she will forgive him, she will cry and plead with him, she will fight with him and try to get his love back. She tells that she will fight for the sake of her baby’s future. She tells her that she will do everything to get him back once he proves himself true. Shahana tells that Ranbir will prove his innocence, Rhea is really wrong. Prachi tells that she will not leave Rhea if the latter is really wrong. Pallavi recalls Ranbir’s words and is hurt. Dida reaches her with a gift. She tries to talk to him.

She asks Pallavi to get ready for the puja and come on time. Vikram finds Ranbir’s bedding in the study room. He asks Ranbir about the bedding. Ranbir tells that he has got the bedding to take some rest between the work. He asks Vikram how did he come, is Pallavi angry. Vikram knows that Ranbir is acting. He asks him what’s the matter. Ranbir recalls Prachi and Rhea’s mess. He is badly stuck. He asks Ranbir to lighten his heart and tell him the matter.

Ranbir tells that Vikram will find him crazy if he learns the entire matter. He explains that he didn’t believe in love, but he saw true love between his parents, he fell in love with Prachi, but he got separated with her, he married Rhea and then Prachi came back in his life, he fell for Prachi again and thought his differences will end, his life will come back on track, but everything is going wrong. He wants to know what has gone mad. Vikram explains him that such fights mean love. Ranbir tells that there is no improvement in their relation, Prachi is still upset with him, its like his life got upset with him. Vikram pacifies him with an expert advice.

He tells that a relation always stays fresh and lively when there are fights happening, a stagnant relation is like dead. He reminds that Ranbir doesn’t fight Rhea, because he doesn’t care for Rhea’s emotions, he fights with Prachi because she matters to him, her feelings also matter to him. He asks him to apologize to Prachi, and not let ego come between their relation. He tells that Ranbir should apologize even if she is wrong. Ranbir tells that its not Prachi’s mistake, Rhea has taken over his room. Vikram jokes that Ranbir found a nice excuse to get back to his old room.

Ranbir finishes the work and prepares to attend the puja to please Pallavi. Prachi does a bahu’s duty to please Pallavi. She apologizes to Pallavi about Ranbir’s words. Pallavi doesn’t care for her. She tells that Ranbir is her son, she doesn’t want any certificate from Prachi about him. Prachi tells that Ranbir loves his mom a lot. She goes away. Pallavi also helps the pandit with the arrangements. Shahana compliments Prachi. Prachi tells her that she won’t let Ranbir stay with Rhea in peace. Shahana knows that Prachi will not let Ranbir and Rhea sit in the puja, because Prachi wants to sit with him.

Pallavi tells that her son and bahu will perform the puja. Dida wants Prachi and Ranbir to sit in the puja. Shahana tells that they have to convince Ranbir and Prachi for the puja. Dida tells that she will talk to them. Aaliya sees the guard with the CCTV footage. She asks him to not call any technician for the footage work. She goes to tell Rhea that Ranbir and Rhea will sit in the puja together. Vikram and Ranbir have a talk. He asks Ranbir to take good rest. He tells that Ranbir should live his life well.

Ranbir wants to get the reason of his life back, that’s Prachi. Jai joins them and brings work along. He tells that Ranbir is making him work so much. Ranbir asks Vikram not to scold them. Vikram asks them to take a break off the work. Dida and Shahana pretend to get Prachi’s attention. They tell her that Aaliya is doing to make Ranbir and Rhea perform the puja. Prachi tells that she has heard everything. Dida thinks Prachi won’t let Ranbir sit in the puja with Rhea.

Reviewed Rating for Kumkum Bhagya 4th April 2022 Written Update Prachi to die: 2/5 This rating is solely based on the opinion of the writer. You may post your own take on the show in the comment section below.