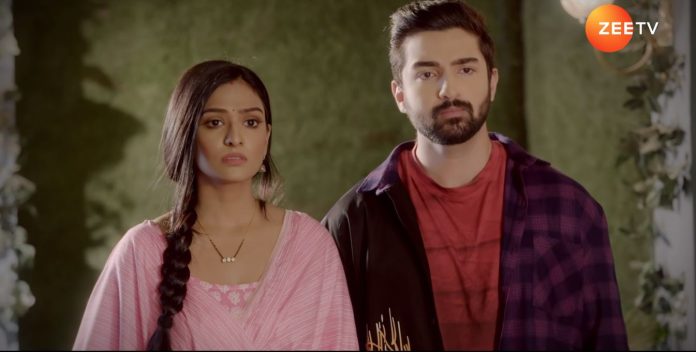 Bhagya Lakshmi Reentry twist 11th April 2022 Spoilers Bhagya Lakshmi upcoming track – RishMi’s Grih Pravesh Lakshmi and Rishi come to the Oberoi mansion and do their Grih Pravesh. The judge gives a verdict that she will not grant a divorce to Lakshmi and Rishi and it is the court’s order that they have to stay together for three months. Neelam reluctantly welcomes Lakshmi back into the house while Malishka sulks. Lakshmi is sure that the divorce proceedings will help in bringing her near Rishi. Lakshmi asks Rishi to hold her hand and he catches it for the sake of formality. Rishi and Lakshmi step in together. Will this new chapter of Lakshmi and Rishi end in three months? Will Lakshmi be able to establish her place in Rishi and Neelam’s hearts?

Baa calls up Bapuji and tells him that Anupama has gone crazy to get married and he has gone crazy behind the preparations. Bapuji tells Baa to do whatever she wants to do. Baa says that Vanraj may do something to himself but Bapuji ignores her. Anupama overhears Bapuji and Baa’s conversation. Bapuji pacifies Anupama by saying that when a person’s self-respect is tarnished then they become dead from the inside. Baa goes to pamper Vanraj and he rests his head on her lap. She asks him about work and he replies that whatever he decides to do it fails. Baa volunteers to speak with Malvika. Malvika questions Anupama that what was she thinking when she asked Anuj to talk to her about considering Vanraj. Anupama is clueless. Anuj says that he will tell her. Will Malvika give another chance to Vanraj on Anuj’s request?

Imlie and Aryan get a grand welcome in her former in-law’s house. Aditya comes and taunts Aparna that if she had told him earlier that the newlyweds are going to come then he would have gone out of the house. He says that at least he didn’t have the need to see their faces and leave. Aparna tells Aditya to stop his misbehavior. Aryan stands in front of Imlie. Imlie questions his behavior and Aryan say that Aparna has told him to leave negative vibes outside the house and he is protecting her from negative vibes which are inside the house. Aditya gets affected. Will Aryan’s silent war against Aditya continue and Imlie will get trapped between them?