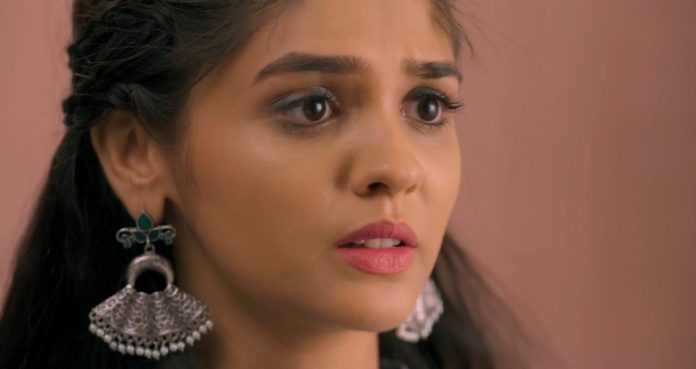 Yeh Rishta Akshara spills truth 9th April 2022 Written Update Neil makes Manjiri sit. Swarna tells Manjiri that she sang very well. She tells Akshara that Abhimanyu is very nice. Emotional Akshara signs yes and hugs Swarna. Vansh says it’s so nice of Abhimanyu as he opened a whole department for her. Kairvar congratulates Akshara and tells her that she is lucky in both professional and personal life. Manjiri calls Akshara to her and the latter runs to hug the former. While Abhimanyu takes Goenkas greetings and blessings, Akshara takes Birlas greetings and blessings.

Aarohi’s tension grows, when Akshara tells Abhimanyu that she wants to talk about something important to him. Abhimanyu asks Akshara to speak. Before Akshara could talk to Abhimanyu, Dr Rohan and the young patient ask Akshara to sing something. Abhimanyu scares Dr. Rohan. Goenkas also insists Akshara to sing. Akshara agrees to sing only after Abhimanyu asks her to. Parth feels angry and bad, when Shefali tauntingly asks him to see how Akshara made her place in Birla hospital in so little time. Anand asks Harsh if he knew about Abhimanyu’s planning. Harsh says he didn’t have any clue. Anand says this isn’t right. He says Abhimanyu should have at least discussed this with them.

Neil and Manjiri hear it. Hasrh tells Anand that he only has given this much freedom to Abhimanyu. Mahima says Abhimanyu should have discussed all this with them before doing this. She says this way, Abhimanyu will always do whatever he pleases. Mahima asks if they have no value in Abhimanyu’s life in front of Akshara. Anand, Harsh and Mahima discuss that they need to do something, otherwise Abhimanyu will keep on chanting Akshara’s name only. Manjiri and Neil feel angry and bad on hearing all this. Akshara recalls Aarohi’s confession and starts singing. Abhimanyu recalls the time he spent with Akshara. Akshara keeps on singing with guilt and teary eyes.

In a lower voice, Aarohi asks Akshara why she wants to hurt Abhimanyu, revealing the truth to him. She warns Akshara that both her (Aarohi’s) professional and her (Akshara’s) personal life will get ruined with this truth revelation. Akshara tells Aarohi that she won’t get peace, till she reveals the whole truth to Abhimanyu. This shocks and scares Aarohi. Through eye expressions, Aarohi requests Akshara to stay silent. Aarohi notices Akshara’s feet getting stuck in guitar wires. She throws a box towards Akshara and signs Abhimanyu to save Akshara from the upcoming danger.

Seeing Akshara getting a panic attack, Abhimanyu and everyone gets worried. Swarna and Abhimanyu ask Akshara to breathe properly and calm down. While breathing heavily, Akshara tells Abhimanyu that she isn’t worthy of his deep love. She tells Abhimanyu that she wants to tell him something. Abhimanyu asks Akshara to speak. Aarohi gets very scared and faints. Everyone runs to Aarohi worried. Abhimanyu tries to calm worried Akshara and asks her to calm down. Mahima asks Abhimanyu to take care of Akshara and she will handle Aarohi. With nurses’ help, Mahima takes Aarohi. Shefali tells Parth that her boss’s calling timing is wrong. She apologizes and leaves.

Abhimanyu takes Akshara with him to treat her. Neil tells Manjiri that it seems that both Akshara and Aarohi fell ill together, maybe because they are tense about the same thing. Manjiri gets shocked realizing this. She prays for both Akshara and Aarohi’s well being. In the ward, Abhimanyu requests Akshara to relax and calm down, otherwise she will get more ill and he will have to give her an injection. Abhimanyu worries thinking that Akshara has suffered a serious panic attack and thus he will have to give her an injection. Abhimanyu feels pain in giving injection pain to Akshara. He apologizes to Akshara for giving her pain and asks her to relax.

Seeing Akshara still facing difficulty in breathing, he makes her wear the oxygen mask. On the other hand, Manjiri prays for Aarohi, Akshara and Abhimanyu’s happiness. Harsh asks Anand what he thinks is the reason behind Aarohi and Akshara’s present condition. Aanand tells Harsh that Aarohi’s condition may be due to fatigue and Akshara’s condition may be due to stress. Harsh tells Anand that since they fixed Abhimanyu’s marriage alliance with Goenkas, their one or the other family member keeps getting admitted in Birla hospital. He says if this keeps on going, they will have to open a special Goenka ward for Goenkas.

Anand asks Harsh to not give this idea to Abhimanyu even by mistake as he will then surely get a special Goenka ward made, that too without informing them. Harsh asks Anand to make Abhimanyu answer him for whatever he did today. Anand says he will do it for sure, once all this gets sorted. In the ward, Kairav comes and asks Abhimanyu about Akshara’s condition. Abhimanyu tells Kairav that he gave an injection to Akshara, but her breathing isn’t getting normal. Kairav asks Akshara to not worry, Aarohi is fine. Akshara signs Kairav to be with Aarohi. Abhimanyu explains Akshara’s actions to Kairav and Kairav leaves to be with Aarohi.

Abhimanyu asks Akshara why she said that she isn’t worthy of his love. He asks Akshara what has happened, if anyone said anything to her. Abhimanyu asks Akshara to never say that she isn’t worthy of his love. In another ward, Mahima hears Aarohi mumbling something in her unconscious state. Mahima wonders what Aarohi is mumbling. She also wonders why her treatment is not working on Aarohi, when all her vitals are perfect. Mahima understands that Aarohi is very stressed about something. Both Aarohi and Akshara’s condition doesn’t seem to improve. Later, after some time, Akshara is seen either sleeping or unconscious. Private investigator texts Abhimanyu, telling him that he is trying and will inform him, if he gets some information.

Back at Akshara’s ward, Abhimanyu asks Akshara to honestly tell him what tension is going on between her and Aarohi. Akshara tells Abhimanyu that she wants to tell him something. Before Akshara could say something, Private investigator calls Abhimanyu, shocking Akshara. On Akshara’s question, Abhimanyu tells Akshara that he hired a private investigator to find out Manjiri’s culprit. He apologizes to Akshara for not telling her beforehand. Akshara gets shocked, when Abhimanyu tells her that according to the clue, there were two people involved in Manjiri’s accident.

Reviewed Rating for Yeh Rishta Akshara spills truth 9th April 2022 Written Update: 4/5 This rating is solely based on the opinion of the writer. You may post your own take on the show in the comment section below.