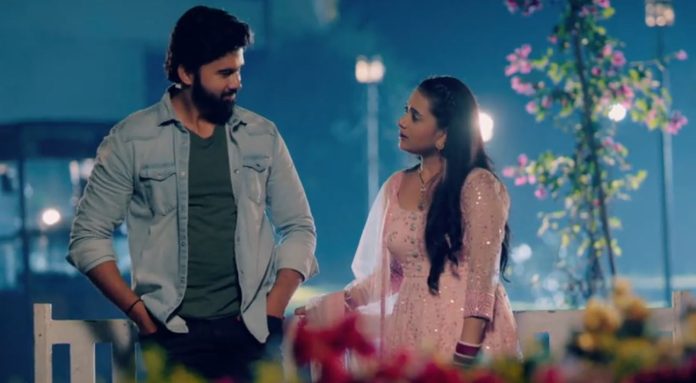 Sasural Simar Ka Spoilers BALH Naagin and more Fanaa episode spoiler – Agastya reaches the hideout Pakhi, Ishaan, and Singh hear a banging sound and get alarmed. Agastya has reached their hideout and tries to break open the door with a rod. Pakhi, Ishaan, and Singh are clueless and scared. Singh asks Pakhi and Ishaan to hurry up and what are they waiting for. Agastya threatens Singh and Ishaan that he will save Pakhi but who will save them from him. Agastya tells Pakhi to not worry as he has come.

Aarav reaches Maa Vaishno Devi temple in search of Simar. Simar finds Aarav running towards her and she too is eager to meet him. Simar’s one wish is fulfilled at Maa Vaishno Devi’s abode. Simar and Aarav seek goddess Vaishno Devi’s blessings and mutually decide to give another chance to their marriage. But will Simar’s dream of singing also be attained?

Ram finds out that Sahil Babar is Shashi’s father and Shashi was giving money to the thieves till now. The driver requests Ram to let him ask a question to him. Ram says yes. The driver says isn’t it strange that Bade Sahab’s accident and this incident happened on the same day. Ram questions the driver that how he knows both the incidents happened on the same day. Ram informs Priya that when he was returning from the court a man disguised as a driver came in his car and dropped him home. He says that he didn’t know the man. Priya scolds Ram for being negligent.

Saumya reminds Armaan that he had said she is not the Soumya he loved. Soumya declares that today she wants to tell him that he is not the Armaan she loved. Armaan is shocked. Soumya tells her mother-in-law that if one has to make compromises in a relationship it remains alive but it doesn’t remain lively. Saumya declares that she is leaving the house. Armaan’s mother tries to stop her. Armaan’s ego is hurt seeing Soumya go against him.

Mahek informs her dad that after 12 Rama Navami will start and also it is Pratha’s birthday. Mahek informs Pratha that she has to perform deerga ayush pooja for herself and her nagmani. Pratha, Mahek, and their dad perform the pooja together. Rihaan warns the fifth Asur that he doesn’t know her sister-in-law as she is very strange. The asur holds Rihaan’s neck in anger. Pratha takes Ram’s Avatar on Rama Navami to kill the fifth Asur.