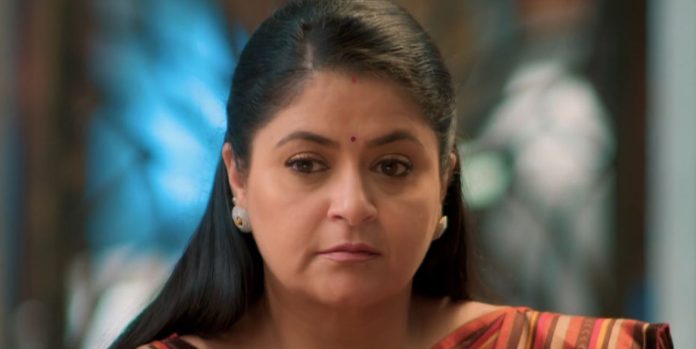 Yeh Rishta 12th April 2022 Written Update Mahima’s plan Mahima, Harsh, Anand are seen discussing something. Akshara reaches Abhimanyu to tell him the truth about Manjiri’s accident. Harsh comes in between and takes Abhimanyu to the boardroom. Mahima tells Abhimanyu something. Akshara on the other hand thinks that Abhimanyu is very annoyed with her because of the truth and thus not talking to her. She thinks Aarohi will get into big trouble if Abhimanyu informs others the truth about Manjiri’s accident. Anand and Harsh ask Abhimanyu, how dare he launch a department on a useless idea.

Harsh tells Abhimanyu that he even goes through the whole procedure and takes permission to implement his brilliant idea in the hospital. Abhimanyu says that it’s not a useless idea. He says he didn’t spend any money or construct any new building. Abhimanyu says he just made use of the music room to make a wing and gave it a reputation by giving it a name. Abhimanyu reminds Anand that Akshara is good at her work and many patients are getting benefited by music therapy. Harsh tells Abhimanyu that he has gone crazy in Akshara’s love that he can’t see anyone/anything else.

Abhimanyu says he can’t see anyone/anything else as he loves and trusts Akshara. Mahima feels angry. He angrily asks everyone to trust that the music therapy department will soon earn them fame and money too. Harsh asks Abhimanyu to keep this trust to himself. He tells Abhimanyu that one day he will understand that elders aren’t always wrong. Abhimanyu tells Harsh that youngsters are also not fools all the time. He says Akshara won’t ever break his trust on her, her abilities and their relationship. Mahima smirks.

Abhimanyu tells Harsh that he didn’t get the time to inform or discuss with anyone. He says frankly, he also didn’t find it necessary. This shocks and angers Mahima, Harsh and Anand. Harsh angrily says that they also don’t need a music therapy department. Seeing Harsh, Mahima and Anand leaving from the board room, Akshara runs to see and meet Abhimanyu. A staff member informs Akshara that Abhimanyu went back to OT for further procedure as his patient regained consciousness. Akshara feels very scared and guilty. On the other hand, Goenkas reaches home with Aarohi. While Suhasini is seen performing Aarohi’s veneration, Aarohi recalls Akshara telling her that she told the truth to Abhimanyu.

As Aarohi enters the house, Akshara and Abhimanyu reach there with police. Abhimanyu tells Aarohi that Akshara told him that she caused Manjiri’s accident and left her there to die. Goenkas gets shocked hearing this. Abhimanyu asks Aarohi if she realizes that his mother could have died because of her. He asks Aarohi how she can do this as she is a doctor, who swore to save people’s lives. Abhimanyu asks the inspector to arrest Aarohi. Aarohi cries, folds her hands and requests Abhimanyu to forgive her as she didn’t hit Manjiri with her car intentionally. a female constable grabs Aarohi’s hand. Aarohi requests her to leave her hand. Suddenly, everything vanishes and it turns out to be Aarohi’s scary imagination.

Everyone asks Aarohi why she shouted. Aarohi says she got scared by a bug. Akshara also returns home and takes Aarohi towards their room. At the hospital, Mahima recalls Akshara’s confession about Manjiri’s accident. She thinks of talking to Manjiri immediately. At Goenka house, Aarohi bursts out at Akshara for telling the truth to Abhimanyu. She asks Akshara if she wants to get her arrested and spoil her career. Akshara tells Aarohi that she told Abhimanyu that both of them were in the same car which hit Manjiri. She also tells Aarohi that if there will be a punishment, both of them will get it as their deed is such. Akshara asks Aarohi if she can understand that they almost killed Manjiri and hid it from everyone.

She tells Aarohi that she is worried thinking about Abhimanyu’s condition after knowing the truth. Akshara says Abhimanyu has gone quiet after knowing the truth. She says Abhimanyu would have got shattered from inside. Aarohi tells Askhara that she spoiled Abhimanyu’s mood after his surprise for her. Akshara tells Aarohi that now God will handle everything. Dr. Rohan informs Abhimanyu that Akshara and Aarohi returned home with their family. Abhimanyu thinks to call Akshara tomorrow, thinking that she must be sleeping. At the same time, Manjiri calls Abhimanyu and asks him to return home quickly as she needs to talk about something urgent. At Goenka house, Akshara feels worried as she didn’t receive any call or message from Abhimanyu.

Before Akshara could call Abhimanyu herself, Abhimanyu’s call rings on her phone. She receives Abhimanyu’s call and gets shocked when Abhimanyu tells her that Manjiri got to know what they were hiding from her. Abhimanyu tells Akshara that both Manjiri and Mahima are very angry and upset. Both Abhimanyu and Akshara keep talking to each other unaware of the fact that they are talking about different topics. Abhimanyu asks Akshara to forget everything about the accident. This shocks Akshara. Flashback shows Manjiri telling Abhimanyu that Akshara didn’t tell her about his private investigator. She asks Abhimanyu to forget about her accident now as she won’t get better than now, even if he will get her culprit punished.

Abhimanyu promises Manjiri that he will only concentrate on his and Akshara’s marriage leaving everything. He also tells Manjiri that if he learns her culprit’s name in between all this, he won’t spare that person. Abhimanyu further promises Manjiri that he won’t let all this affect Akshara and his marriage. Flashback ends. Abhimanyu tells Akshara about all the promises he made to Manjiri. He asks Akshara to forget Aarohi and everything, just concentrate on them and their marriage. Akshara cries profusely in guilt and thanks Abhimanyu, unaware of the truth.

Abhimanyu requests Akshara to stop crying. Akshara tells Abhimanyu that he is the best. Abhimanyu tells Akshara that he is lucky to have her. Manjiri tells Mahima that everything is fine between Akshara and Abhimanyu by god’s grace. Mahima says it’s good that she told her everything beforehand, or else Abhimanyu would’ve forgotten his marriage to find her culprit. Mahima thinks to reveal Manjiri’s accident truth to Abhimanyu at right time and situation. Abhimanyu tells Akshara that they will restart and reboot at their sangeet. Suddenly happy Akshara gets shocked thinking about something. In the next episode, Abhimanyu will enter his sangeet venue with singer Kumar Sanu on the bike. Everyone will be surprised. Akshara will be the happiest.

Reviewed Rating for Yeh Rishta 12th April 2022 Written Update Mahima’s plan: 4/5 This rating is solely based on the opinion of the writer. You may post your own take on the show in the comment section below.