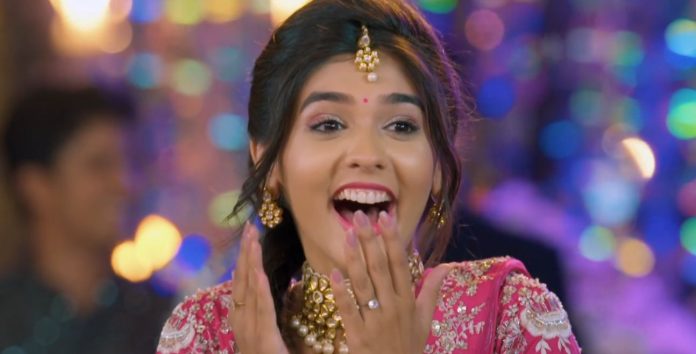 Yeh Rishta Sangeet surprise 13th April 2022 Spoilers Abhimanyu makes a grand entry on his bike with the Bollywood singer Kumar Sanu for his Sangeet ceremony. Akshara and all her family members are on cloud nine seeing Kumar Sanu gracing the Sangeet ceremony. Abhimanyu revolves his bike around Akshara while she jumps around in excitement. Party Poppers are blasted in the air in order to welcome legendary icon Kumar Sanu.

Imlie goes with her accomplice to the factory in a factory employee’s disguise. She is determined to find out the connection of Seth Purandas with Arvind’s factory. Will Imlie be able to find out the correct facts and figures to prove a link between Seth Purandas and her brother-in-law Arvind? Will Imlie fail in this mission or emerge victoriously?

Preesha and Rudraksh are shocked to know that Saaransh has badly bashed up Dev and he has been admitted to the hospital. Revati Choudhary asks where her son Dev is. Yuvraj beats a ward boy on his head and drags him out. Revati informs Preesha that Saaransh has made a mistake and he has to pay for it. She calls the police and they take a crying Saaransh to juvenile jail. Preesha helplessly sees Saaransh being taken away.

Saroj doubts that something weird is happening in the house as Baoji never leaves the house without informing her. She remembers that Bhanu had called him before he left. Saroj is worried that something is going on without her knowledge. Krishna takes two bags inside the temple and calls Chiranjeev to come to a location. Sayuri also reaches there. Krishna shows a mangalsutra to Sayuri and Chiranjeev which confuses them.

Fateh invites Tejo to sort out the misunderstandings between them. Tejo questions Fateh about what was he doing in the tent with Jasmine and why they were together in Haripur. Tejo asks Fateh what is going on between him and Jasmine. Fateh asks Tejo to shut up as he had called her to ask forgiveness and sort things between them. Fateh asks Tejo to not judge him by his past. Tejo says that he had also doubted her and Angad’s relationship. Fateh is left with no answer.