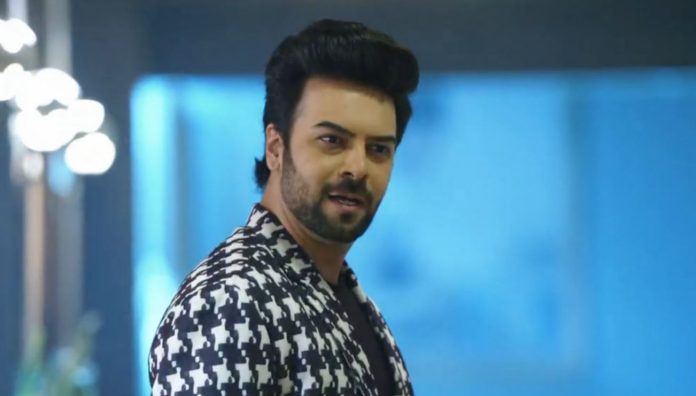 Kundali Bhagya Prithvi berates Kritika 15th April 2022 Prithvi is with Shirleen in a room when he sees Kritika coming. He asks loudly to Kritika what is she doing here. Shirleen understands and quickly hides behind the curtain. Kritika says that he had asked for black coffee so she brought it for him. Prithvi breaks the cup and asks Kritika to get lost. Kritika is shocked. Prithvi and Karan come face to face. Karan tells him that he is so shameless to come back to Luthra house. Prithvi gives a deadly stare to Karan.

Anupama tells Bapuji that it is every daughter’s wish to hand over her earnings to her parents. She gives her big paycheque to Bapuji. Bapuji becomes emotional and takes it. Anupama cries and declares that it is her hard-earned money and she will use it in her marriage. Anupama tells the emotional Bapuji to conduct her marriage on a grand scale. Anuj feels proud and Anupama basks in the glory.

Nimmi says Bhavna that she and her mother fooled Armaan into believing that Palki’s proposal had come for him but it was actually Diya’s proposal. Armaan confronts his mother for telling such a big lie and betraying him. He feels worried that Mathurs will be thinking that he rejected Diya and chose Palki. Armaan asks his mom what a big blunder she has done. Sudha tries to pacify him but Armaan asks her not to touch him. He tells her to go away from him. Armaan feels depressed.

Pratha’s dad says that this time the poison will be mixed in ice and not water. Pratha requests her father to tell her where is the poison located. He says that poison and Amrit are both situated inside Pratha. Pratha is shocked. He goes on to say that Ram and Ravan are inside her. Pratha sees vultures in the sky. Baba warns Pratha that if even one drop of her blood falls on the ground mistakenly then the ice will turn poisonous. Pratha starts running but he warns her that the more she runs the more sweat will fall and destroy the nation. Pratha prays to Lord Ram to save her.