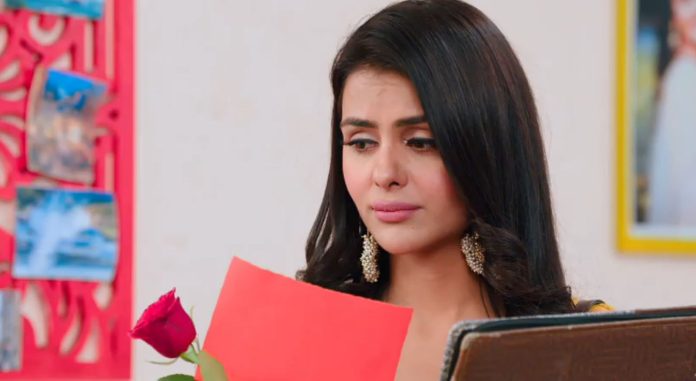 Udaariyaan Tejo discovers truth 20th April 2022 Spoilers Swaran Ghar upcoming track – Swaran’s three tenants Swaran is able to get three tenants. They see Swaran working in the kitchen and volunteer to help her. Swaran asks them if they don’t have office and asks them to go. One of the girls hugs Swaran and asks her if she can call her mom. Swaran nods her head. She watches them go to work lovingly. Swaran’s own sons betrayed her trust will these three girls become Swaran’s strength?

Mithai is serving her Aloo Jalebi when Bhura enters the mansion. He asks her to either give his 5 lakhs back or marry him. Bhura forcefully holds Mithai’s hand and drags her. Sidharth stops Bhura. Girish tells Hari Mohan that all this drama is done to get out money from them and he is getting trapped in it. Mithai informs Girish that Bhura has come as a speed breaker between her dreams and she will handle him alone.

Anupama is sad that only Samar will attend her wedding and goes to make breakfast for her kids. She sees various delicacies on the table and wonders who made them. Pakhi tells Anupama to make Dhokla properly in her in-law’s house. Paritosh asks her to make masala tea and tells her not to cry. Kinjal says that every girl cries during her vidaai. Samar thanks Anupama. Pakhi, Kinjal, Samar, and Paritosh decide to give a grand vidaai to Anupama.

Simar is given a grand welcome by the Oswal family. They are very happy to see her back. Geetanjali Devi gives a tight hug to Simar. Simar cries in happiness and hugs back Geetanjali Devi lovingly. Simar and Aarav are ready to do their griha pravesh but Dhami kicks the rice pot and enters the house shocking everyone.

Tejo finds a letter written by Fateh and reads it. She gets teary-eyed on reading it and regrets humiliating Fateh so badly. She visualizes her romantic moment with Fateh. Tejo realizes her mistake as all her doubts gets cleared. She decides to meet Fateh and talk to him. Fateh receives a call from Tejo asking him to meet her. He agrees to come. Tejo goes running on the road while Fateh speeds up his jeep.