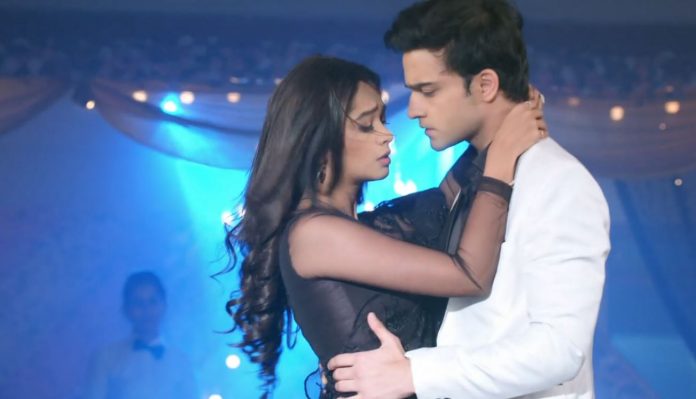 Kumkum Bhagya End of Ranbir 22nd April 2022 Top 10 Spoilers Kumkum Bhagya episode spoiler – Ranbir gets shot The goon shoots a bullet at Prachi but Ranbir comes in between and gets shot. Prachi and Rhea fall alongside Ranbir and get shocked. Pallavi is stunned. Ranbir suffers in pain and Prachi gets worried for his life.

Geetika and Abhishek come to meet Hari Mohan. Geetika asks Hari Mohan if Aarti wanted Mithai to be the daughter-in-law of this family and suggests that it is possible now also. She says that it is okay if Siddharth doesn’t wish to marry Mithai but Shubham is also Aarti’s son. Geetika feels that Shubham needs a life partner like Mithai. Hari Mohan informs Shubham that he has chosen a nice girl for him and her name is Mithai.

Devraj showers flower petals on Krisha and they both have a cozy romantic moment. He gets too close to Krisha when he hears a loud sound. Devraj says he will have a look and come back and Krisha is disturbed by the interruption. Aarav says that he dropped Vamika while practicing. Devraj volunteers to teach Vamika and dances with her. Krisha gets worried while Vamika is determined to win Devraj.

Angad hires some goons and orders them to kill Nidtiya before she opens her mouth. The goons sneak into Niyati’s house and make Niyati’s parents unconscious. Niyati shouts loudly when the goons place a knife on her neck. They go to kill Nidtiya but Niyati sits on her bed and stops them. One goon pulls her away while another goes to stab Nidtiya. The goon thrusts the knife and Niyati shouts at the top of her lungs.

Rishi confesses to Lakshmi that he has started feeling something for her. Virendra advises Rishi to stay with the girl he loves. Rishi wishes to stay away from the house at the moment. Panditji informs Lakshmi that a huge crisis will fall on Rishi and she too has to deal with it. He warns her to save her husband as the more powerful the blow is the harder it will be for her to tackle it. He says that she too will end up getting hurt while saving Rishi. Malishka and Lakshmi fight for going with Rishi to Mahabaleshwar.

Agastya makes Pakhi sit on a swing and prepares to leave but she stops him. She gets emotional and informs him that Daima told her what he did. She thanks him because he walked on the fire to save her from dying. Agastya is relieved that Pakhi has pacified a little bit and he too gets teary-eyed. Ishaan shows Pakhi’s picture to Daima and asks her if she has seen her anywhere. Daima says yes. The police inspector, Sameer, and Ishaan become alert.

Veera asks Yohan if he is going somewhere. He says that after Drishti’s marriage there is no reason for him to stay back. Yohan is surprised to see Drishti and Abhisekh at the doorstep. Veera says that she invited Drishti for the Pagphera. Shalini is sure that Arun will not accept Drishti and Abhisekh. Sejal is wondering why Drishti lied when she comes to know that it is Shalini’s handwriting.

Geetanjali Devi Oswal declares that from now she is granting the position of an eldest daughter-in-law to Simar Aarav Oswal. She handovers the responsibility of the Oswal family and house to Simar. Simar cries in happiness and Aarav is also delighted. Geetanjali Devi announces that on this day this has really become Sasural Simar Ka. Sandhya, Reema, and Gajendra are on cloud nine. Geetanjali Devi hugs Simar.

Suhani tells Ranveer that Kashmir is a very nice place and she always wanted to come here and go sightseeing. Ranveer announces to meet everyone outside after breakfast as they will go Kashmir sightseeing. Suhani enjoys the nature and soothing vibes of Kashmir. Suhani gets kidnapped by Ranveer’s look-alike and Ranveer chases her. Suhani and Ranveer end up getting tied in chains and lie unconsciously on the ground.

Swaran is enjoying herself and dancing at a food festival accompanied by her three tenants. Nakul and Vikram forcefully get into the house and search for some photo film. Vikram says that once he gets the old photo film he will sell the house to a five-star hotel owner and not let Swaran own the possession of this house. Ajit lovingly looks at Swaran. While searching the film a vase gets broken by Vikram and Nakul.