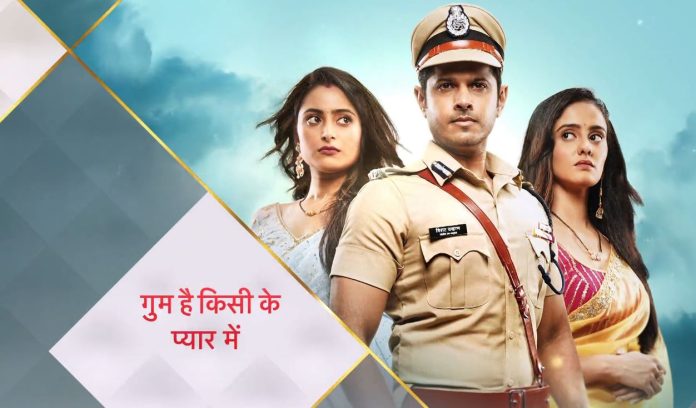 Star Plus Ghum Hai Kisikey Pandya Store Imlie Top 5 Spoilers Ghum Hai Kisikey Pyaar Meiin episode spoiler – Sai goes missing Virat doesn’t find Sai and goes to search for her. He doesn’t find her in the washroom too and calls her but her phone is switched off. Virat feels that he always becomes late in making her understand or understanding her and getting angry or convincing her. He feels that he also delays in fulfilling his word of honor, giving promises in love, or even expressing his feelings. Virat repents that this time also he made a huge mistake.

Bhavna taunts Diya that before entering the house she got an apology from Sudha and also humiliated her. Diya replies that she has never learned to take back her steps or turn her back to problems. She warns Bhavna that she has now come to live permanently in this house so the sooner she accepts the fact will be better for both of them.

A goon chases Gautam and asks him to give whatever he has. Gautam tries escaping but the goon catches up with him. He shows a knife to the goon and they both get into a fight. Gautam manages to push him but gets run over by a truck. Shiva tries reaching Gautam but he doesn’t pick up the call. Gautam is lying in a pool of blood.

Arpita asks Imlie what she was going to tell Aryan. Imlie encourages her to confess her feelings to Aryan as he will surely understand her. She informs Arpita that Aryan will never go against her and explains that Sundar loves her a lot. Aryan comes there and asks Imlie what did she just say. Imlie and Arpita become nervous.

Revati asks Dev to get up but she finds a few pillows under his bedsheet. She wonders where has he gone. Rudraksh suggests Preesha to keep Revati busy in the hospital while he will search for her car and remove Dev’s body. Rudraksh sees Revati’s car through an opening in the bricks. Revati gives Dev’s clothes to the police. Preesha is told by Revati that the trained dogs will smell Dev’s clothes and find him out. Preesha gets scared that the dogs will find Rudraksh near Dev’s body.