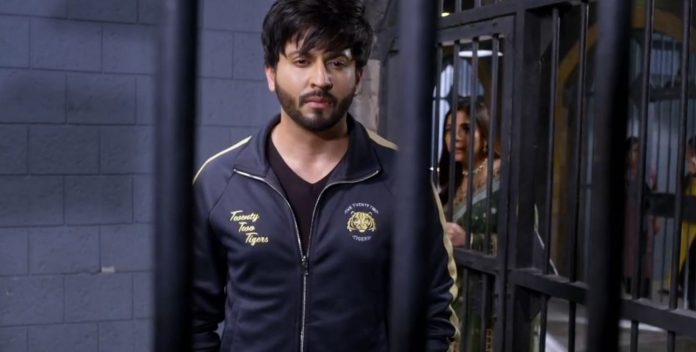 Kundali Bhagya 26th April 2022 Written Update New clash Shrishti goes to meet Karan in the police station. She finds Sameer talking to Karan, and gets to hear Karan’s thinking about Preeta. Sameer tells Karan that Preeta can never do wrong with him. He calls Karan thinking wrong. Karan tells that he also believed Preeta, but now he thinks she has framed him in the match fixing blame. Sameer asks why would she do this. Karan also didn’t think that she can stoop to this level. He tells that she would do this for money and power. Shrishti gets worried. Prithvi tells Sherlyn that Karan and Preeta’s love relation is breaking now, doubt has made a space between their love now, and this time their breakup will happen.

He announces that Karan and Preeta’s relation is finished now, they will be separated forever. Sherlyn gets glad. Shrishti wants to inform Preeta about the wrong thinking developing in Karan’s mind about her, because of the bad statement she has given to the media. She wants Preeta to keep Karan’s faith, fearing that this storm will wreck up their relation once again. Will Karan prove the loss of faith in his marriage once again, by losing his love and trust on his wife? Will Karan’s misunderstanding make Prithvi win? Keep reading.

Earlier in the show, Shrishti wants to meet Karan. Inspector doesn’t allow her. Sameer arrives there. Shrishti and Sameer request the inspector. Inspector tells that already Prithvi and Preeta have met Karan. Sameer tells that he has to meet Karan and tell him about the lawyer. Inspector allows them to go. Luthras get upset seeing the news. Prithvi comes home. He switches off the tv. He asks them to stop watching the news, the truth is that Karan is innocent. He tries to gain their sympathy again. Sherlyn gets a smile watching his drama. Prithvi tells that he is feeling bad for Karan. She thinks the Luthras are getting expectations from Prithvi, they don’t know that Prithvi has plotted to get Karan jailed.

Prithvi does a drama in front of the family. He shows his fake concern for Karan. He asks Rakhi to trust him, he is the son in law of the family, he is protective about them, her sons aren’t here, so he will do a son’s duty. He asks Rakhi not to trust Preeta, she is just faking her care, but she doesn’t want to protect them. Kareena tells him that she has seen it on tv that Preeta wants to just save her name and business, she isn’t concerned for Karan. Preeta arrives home. Prithvi asks her to show off that she is protective about the family, she can act sweet in front of them, there isn’t any media to record her statement.

Preeta feels sorry that she can’t lose out emotionally. She wants to become strong again. She apologizes to them that its her mistake that she allowed Karan to play cricket, it’s a big loss for them, it would have been good that he didn’t go to play. She hurts their feelings and walks away. Karan meets Sameer. He asks why didn’t anyone come to meet him, like they also feel him guilty. Sameer tells that everybody trusts him. Karan asks if Mahesh is okay. Sameer lies that Mahesh is okay, the family is with him. He tells that someone has intentionally framed Karan to make him lose the name and fame. Karan also thinks that someone framed him to stop him from becoming powerful and regain the Luthra business back.

He suspects Preeta. Sameer tells that it can’t be Preeta. Karan tells that she wants the power back in her hands. Sameer doesn’t think so. Shrishti overhears them and gets stressed. Preeta recalls Prithvi’s words and sheds tears. She asks Mahesh to come with her, she really needs him. She apologizes to him. She loses courage. She tells that she isn’t able to fight anything, she wants his support and protection.

She promises to protect Karan and not let anything happen to him and the family. She tells that she will save the family from this crisis. Shrishti meets Karan and tells that he is misunderstanding Preeta. Karan tells that Prithvi won’t get any benefit with his downfall, Preeta has already snatched everything from Prithvi, she has framed him in this case to get the power solely in her hands. He tells that the BCL contract had it written that Luthra industries will get his earnings, but he will get the earnings that he makes from the endorsements.

He tells that Preeta is scared that he will earn much more than her and get the Luthra house and company back. Shrishti tells that money doesn’t matter to Preeta. He tells that Preeta is money-minded, she had asked him many times to earn money for her, Preeta told the media that she has come to save him as a business partner, not like a husband, she is really smart, she loves money, she isn’t simple as she looks. She asks Shrishti and Sameer to believe him once instead Preeta.

Shrishti tells that Karan is misunderstanding Preeta. He asks her not to meet him again if she wants to defend Preeta. Sameer tells that he has hired a lawyer to get Karan out on bail. Sameer and Shrishti make a leave. Prithvi tells that he can see everything clearly, Karan is stuck in the storm and this time, even Preeta can’t calm the storm. He tells her that Karan won’t get saved this time. He feels its his victory. He tells that he has snatched the money from Luthras, but this time, he has attacked on their weakness, their respect and reputation.

He tells that suspicion will ruin Preeta and Karan’s relation forever, when two people love each other and one of them loses the respect, then the love jumps out of the window. He boasts of himself that he has ended Karan’s hopes, Karan was thinking to bring good fortune for the family, but now Karan will not be able to do so. He aims to get the respect and status in the Luthra family. He tells Sherlyn that Preeta will cry all her life, and the chapter ends here. Preeta recalls Makhani’s words. She calls him to know if he found a way out to bail Karan. He tells her that he knows her well, he wants to share his life experiences, a person changes sometimes as per the situation.

Preeta tells that she trusts Karan a lot, she knows his values and upbringing, he can never do anything wrong. She asks him to share the private investigator’s number than such life’s experience that shakes a person’s faith. He shares the private investigator Madan’s number. She calls Madan to give him the case. Shrishti asks Sameer to not suspect Preeta, after all he knows the reason for Preeta’s stay in the family. Sameer tells that Karan is so broken, it’s a big downfall for him, its because of Preeta. She asks him if he thinks its happening because of Preeta.

He tells that he will trust Karan, who asked him to believe him once. She cries. He asks her if she will scold him now. He loves Karan a lot. He can’t see Karan in the jail. He cries for Karan. He feels helpless that Karan’s future and life got ruined. She consoles him. She hugs him. He makes a leave from there. Shrishti gets upset that Sameer and her relation is spoiling again because of Karan and Preeta’s problems.

Reviewed Rating for Kundali Bhagya 26th April 2022 Written Update New clash: 4/5 This rating is solely based on the opinion of the writer. You may post your own take on the show in the comment section below. 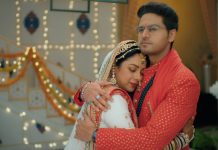