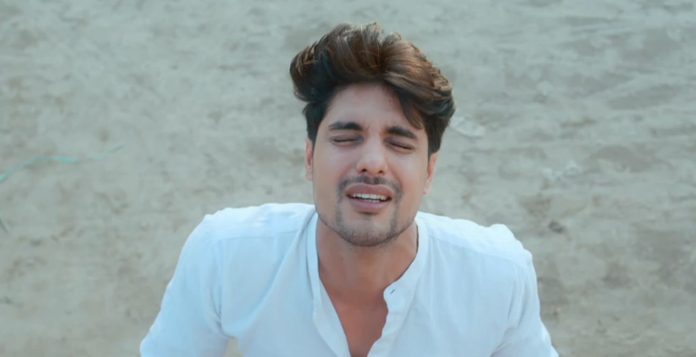 Udaariyaan Tanya identity truth 29th April 2022 Spoilers Linda asks Angad who is he and how did he come inside. Angad is blank and she says that she is the flat owner’s daughter. Linda says that Tanya is not home and what is he doing here. Angad tells her that he is Tanya’s school friend from India and knew that the keys are below the carpet. He says that he wanted an album to make a photo collage as a birthday gift for Tanya. Angad sneaks out but Linda becomes suspicious.

A servant informs Preesha that at night garbage van will come so he is going to throw it. She tells him that once the party is over he can throw all the garbage together. Revati comes in front of Preesha and she gets scared. Rudraksh is not able to find the keys to the freezer. He says that Revati cannot be seen around and keys have also vanished. Rudraksh is scared that Revati must have gone to the freezer.

Neel falls off the cliff and catches a branch of a tree. He tells Kaju that his hands are slipping. Kaju goes running and Neel calls for Kaju. Kaju gets a rope. Neel thinks that today he will not survive. Pari starts crying and tells Neel’s father that Neel is in a problem and she has to save him. Kaju throws the rope and Neel holds it and tries to come up. Kaju feels difficult to pull him up.

The war between Rishita and Shiva is on. They get a box in which there is a commodity that they have to sell according to their own style. Shiva is tense. Rishita comes as a street seller wearing bright clothes on a cycle. Raavi and Dhara cheer for her. Janardhan and Gautam are also happy for her. Shiva is shattered to see his product and declares that he cannot perform the task.

Mrs. Meet is informed that the evidence is found against Shanty and she is asked to come fast. She goes running when she meets Mr. Meet at the door. He catches hold of her hand and makes her sit on the chair. He says that she has already been given three opportunities to find evidence against Shanty. Mrs. Meet tells him that she wants to reveal the truth. Mr. Meet handcuffs Mrs. Meet and leaves. Mrs. Meet vows to unmask Shanty.