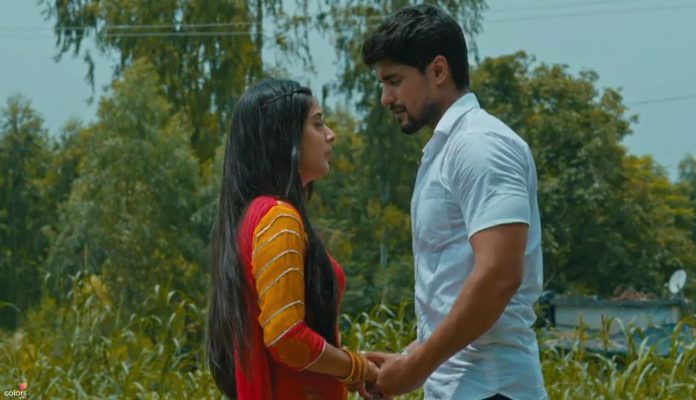 Udaariyaan Jasmin proposes Fateh 23rd May 2022 Spoilers Udaariyaan episode spoiler – Jasmine proposes Fateh Jasmine holds Fateh’s hands and says that their test has ended and destiny seems to give back what was theirs. She informs him that she feels it is a right time to unite once again. Jasmine says that they have become one and hugs him. Gurpreet says that Jasmine is free from her side and can go wherever she wants but not enter her house. Fateh listens to this and leaves Jasmine’s hand.

Fanaa episode spoiler – Pakhi’s revenge:
Pakhi tells Neelima that Meera will be punished because she did wrong with her family. She reveals that she will trouble Meera to such an extent which she would have not dreamed about. Meera looks at Agastya sleeping and says that finally the day has come when she will snatch all the property from him. She says that now everything will belong to her.

Spy Bahu episode spoiler – Yohan’s surprise:
Yohan tells Sejal that she made him eat sweets and now she has to tell everybody her secret. He asks her to tell the good news. Sejal is shocked. Yohan volunteers to tell everyone. He invites the guests for his reception party in the evening. Yohan insists them to come as something is going to happen which no one would have imagined. He taunts that his wife would certainly not have thought about it. He tells Sejal that there is a surprise and asks her to be ready.

Shub tells Shagun that she knew with his presence she cannot take Yug away from Navya or handle him so she planned to get him married. Yug is listening to everything on the call. Shub tells that he has not seen a worst sister like Shagun. He blames her for pretending to get married so that Yug gets married. Shagun says that she did all these to save Yug from Shub and his family.