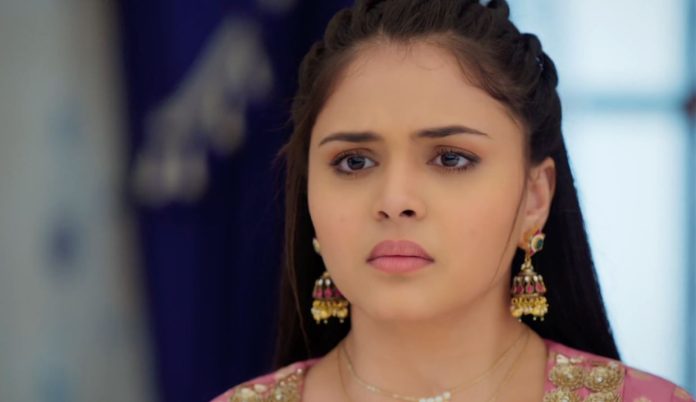 Anupama Pakhi’s love story 18th June 2022 Spoilers Anupama episode spoiler – Pakhi-Adhik in love Barkha comes into the kitchen and asks who is using plastic and steel containers. She asks the servants why are they kept here. Anupama says that it is her jars as she and the kitchen are old friends. She says that now she feels that it is her kitchen. Pakhi puts her and Adhik’s wallpaper on her phone and Vanraj walks towards it.

Banni informs Dadu and Yuvan that Viraj’s phone contains her proof of innocence. She says that is the only thing that can prove she was framed. Banni says that it is very important to acquire his phone and asks him to be careful. She says that Viraj should not come to know about this. Yuvan sneaks into Viraj’s room and robs his phone.

Brij Mohan’s operation starts and he starts feeling pain. Diya lies silently in the operation theatre besides him. Armaan is worried. Anjali prays to god. The doctor says that Diya’s oxygen levels are dropping and asks to increase it. Armaan panics seeing Diya’s condition. Anjali continuously prays while Diya gasps for breath.

Two men come to the Pandya house and inform Raavi that they have been told to give away the compensation. She is shocked. They say that government has the proof of Shiva’s death. Raavi is devastated. They offer her an amount of 10 lakhs. She takes the money in shock. Shiva takes Raavi’s name. She cries a lot. A young girl takes care of Shiva.

Imlie sees Harry taking away Jyoti who is severely coughing. She follows them. Jyoti is not able to breathe and Harry takes her hurriedly. She sees them going together somewhere and becomes suspicious.