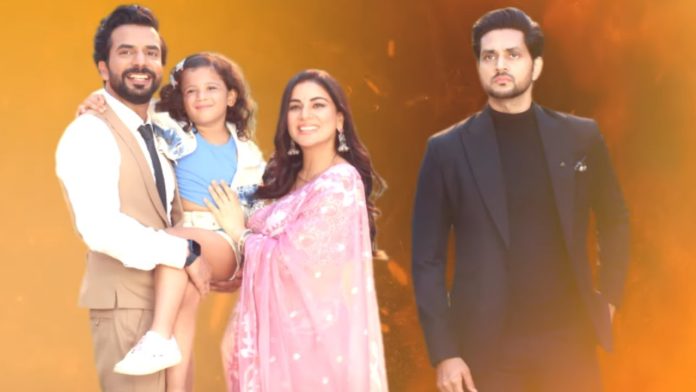 Kundali Bhagya Arjun goes missing 28th June 2022 Spoilers Kundali Bhagya episode spoiler – Arjun goes missing Kritika tells Rishabh that some goons troubled her but a stranger came and helped her. She reveals that she felt a strange and strong connection with the unknown man. Preeta is shocked. Anjali reaches the police station and asks the inspector to file a missing complaint of Arjun Sooryavanshi. He informs her that he cannot file a missing complaint before 24 hours. Anjali is alarmed.

Bhagya Lakshmi episode spoiler – RishMi granted a divorce:
Lakshmi confesses her feelings to Rishi. Aahana informs Neelam that she wants to begin her new life with simplicity and not in a grand way. She gives an example of Lakshmi’s modesty. Malishka becomes angry and speaks badly about her. Aahana insults Malishka. Karishma asks Aahana why is she puking. Aahana gets scared. The judge madam grants a divorce to Rishi and Lakshmi. Lakshmi cries in agony.

Radha Mohan episode spoiler – Mohan on Radha’s palm:
Damini angrily calls out to Radha and she stops. Mohan asks her to stay away from Radha. Damini asks Mohan to not speak in the middle. Mohan is shocked. She says that the matter is between her and Radha. Damini is devastated to see Mohan’s name on Radha’s palm. She cries and looks angrily at her while Radha is frightened.

Mithai episode spoiler – Mithai’s Aloo Jalebi shop:
Mithai informs Indu that her father came in her dream and told her to fulfill her dreams. She says that she will reopen his shop and from today itself will again start making Aloo Jalebis. Indu is shocked. Girish asks Shubham to not let Mithai go off so easily and warns him that she should be dressed as a bride and reach the mandap. Shubham assures Girish that everything will happen according to his wish and Mithai will not become the daughter-in-law of this house.

Tere Bina Jiya Jaye Na episode spoiler – Jaya lectures Devraj-Krisha: All the plants of the Rathore mansion becomes black and the family members are worried. Jaya tells Devraj that she had told him before that this drama is not done by any of the household members but he didn’t listen to her. Jaya says that whatever is happening is bad but opening the door was the worst thing. She says that now the whole family has to bear the consequences of this action. Devraj and Krisha feel guilty.