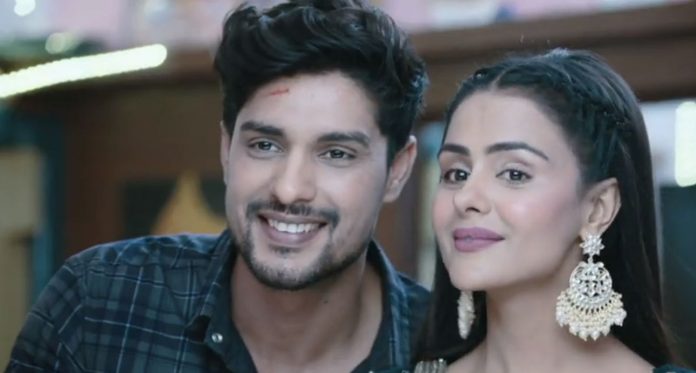 Udaariyaan 9th July 2022 Promo Update Fatejo apart Udaariyaan episode spoiler – Tejo in Sharan ashram Tejo is on cloud nine and dances with the kids of her family. The Sandhus and Fateh go on a picnic with Tejo before sending her away. Fateh asks Tejo if she wants to meet Mahi. She agrees and says that she wants to meet everyone from the ashram. Fateh and Rupy become emotional. Jasmine smiles. Fateh takes Tejo to the Sharan ashram with a heavy heart. Tejo smiles looking at her friends.

Tara feels breathless and her teacher panics. Agastya asks her if she is fine and the teacher informs him that she might have got an asthma attack. He tells her that he will take Tara to the hospital and asks the teacher to inform her mother. Pakhi panics and comes running to the hospital to see Tara. Agastya is talking to a doctor. Pakhi comes there and sees Agastya. They both are shocked.

Drishti informs Sejal that Yohan has organized a special surprise for her. Sejal is stunned. Yohan creates a mandap and plans to marry Sejal again. He eagerly waits for Sejal. Sejal is shocked to see Farid’s location tracker. Farid informs his sir that they have to leave Delhi immediately. He wonders why his sir’s phone is switched off. Sejal says that one gets betrayal in exchange for betrayal.

Parineet tells Neetii that the guy behind the sehera is Ajay who is Shreya’s boyfriend. She says that Sanju has made his friend sit in his place and has gone away. Neetii says that clothes may change but the face cannot. She asks the person sitting in the mandap to remove his sehera. Monty and Rajeev are scared. Neetii goes to see his face and spots his reflection through the water.

Ranveer says that he wants to see Suhani and Mamta getting respect and so he has decided to leave the house along with them. Suhani says that she cannot leave the house. Ranveer goes to take Mamta and she asks about Suhani. He says that she wishes to be the daughter-in-law of the house and doesn’t care about him. He declares that she will stay here only. Mamta reluctantly leaves with Ranveer. Suhani looks at them silently.