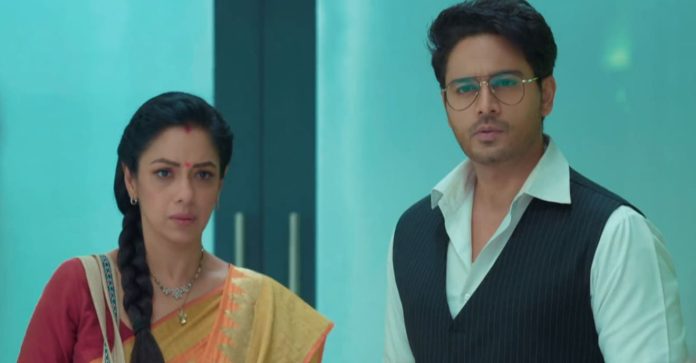 Anupama Family feud twist 13th July 2022 Spoilers Anupama episode spoiler – Adhik-Barkha’s plan Anupama tells Anuj that the little Anu is coming and they have not told anyone about it. She says that if they inform everyone in advance then they will be ready to welcome her. Anuj disagrees with her. He says that Anupama and Anu are his happiness and he will not allow anyone to question them. Adhik says that he will get Pakhi as his wife and Barkha will get Anupama’s remote control. Sara listens to this and goes to tell Anupama.

Anandibaa Aur Emily episode spoiler – Emily questions Aarav:
Emily asks Aarav if he loves her. He is shocked. She says that if he doesnt love her then there is no meaning to their marriage. She says that better late than never and asks him to tell her whether yes or no. Aarav is speechless. Emily asks him again for his answer.

Banni Chow Home Delivery episode spoiler – Yuvan identifies Raja:
Yuvan is about to leave from Banni’s house when he sees Raja. He recalls seeing him the other night and panics. He calls him a ghost and informs Banni about it. Viraj speeds away the car. Banni bashes Raja badly. She ties him with a rope and writes womanizer on his forehead.

Pandya Store episode spoiler – Suman shocks Pandyas:
Suman calls all the family members. She informs everyone that they have received an electricity bill of 15,000. Everyone is shocked. Suman asks them to pay it. The Pandyas are in a fix.

Imlie episode spoiler – Malini’s ego:
Imlie and Aryan get scared seeing an ambulance. She cries and wonders why has Malini called it. Malini comes out of the house and Imlie panics for Gudiya. Aryan asks her to calm down. Malini gives away the baby to the ward boy and Aryan gets angry. He goes to stop her but Imlie says that they will change their Gudiya’s future.

Ghum Hai Kisikey Pyaar Meiin episode spoiler – Shocker for Pakhi:
Sai gets angry with Virat and says that he should have caught the goons till now and made them stand in front of her. Virat says that he serves people and not her servant. He becomes upset as he is going on a mission and Sai is taunting him. The doctor tells Pakhi that she is not pregnant. Bhavani and Sai question the doctor. The doctor is shot.