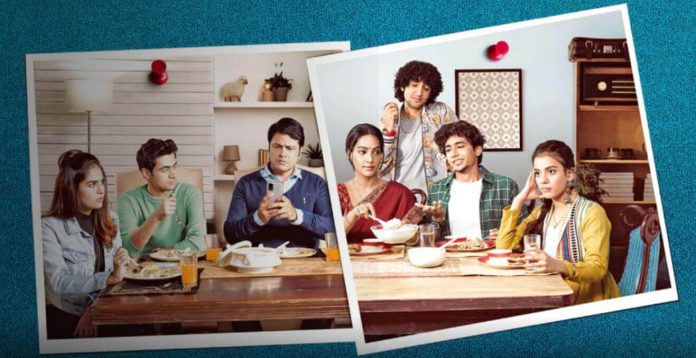 Appnapan 14th July 2022 Update Harsh targets Pallavi Nikhil stays enraged recalling Ranveer’s proposal for Pallavi. He realizes that Pallavi had an affair with Ranveer since a long time, and kept it hidden. He confronts Pallavi about her affair, and asks her if her children know about it. Pallavi asks him not to dare say such a thing against her character. She defends herself that she just treated Ranveer as a good friend. She reminds Nikhil about his affair when he was in a marriage relation with her. She tells that he had an extramarital affair which led to the separation of them as a couple and also their children division. Nikhil and Pallavi blame each other. He didn’t had any affair, and had become a victim of the misunderstandings. He was always loyal to Pallavi who he dearly loved. Pallavi doesn’t believe Nikhil. She decides to refuse to Ranveer’s proposal. She focusses her life only on her children.

Harsh arrives home to meet Pallavi. His entry surprises everyone. Pallavi is really happy that her first child Harsh has finally accepted her. Harsh tells that he has come to live with them, because the children should live with their mom. Manna happily hugs Harsh. Pallavi gets her five children under one roof. Harsh has a motive behind his arrival. He wants his revenge on Pallavi. Pallavi hugs Harsh. She is determined to keep all her children united and happy. Manna is already garnering Pallavi’s love. She tells that even Harsh will understand Pallavi soon. Harsh regards Pallavi his enemy. Harsh talks sweetly and deceives them.

Gagan isn’t able to believe Harsh. Harsh doesn’t want the joy and peace to stay. He thinks why shall just Pallavi’s children have all the affection. He feels Pallavi has snatched Manna, so now he will trouble Pallavi so much that Manna leaves Pallavi herself. Gagan opposes Harsh. Pallavi limits Gagan. Harsh begins to create a rift between Pallavi and Gagan. Barkha is also against Manna. Pallavi doesn’t know Harsh’s intentions.

Reviewed Rating for Appnapan 14th July 2022 Update Harsh targets Pallavi: 3/5 This rating is solely based on the opinion of the writer. You may post your own take on the show in the comment section below.