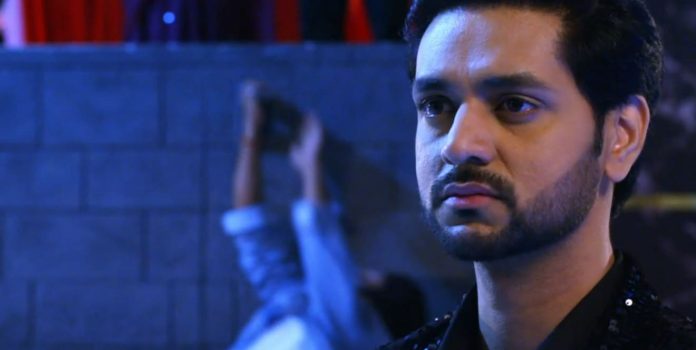 Kundali Bhagya Arjun hurts Preeta 18th July 2022 Karan tells Anjali that he will give much pain to Preeta that he will yearn to die. He meets Preeta and asks her if she wants to see Karan. Preeta nods. He asks her to come with him, he will take her to Karan. He holds her hand and pulls her. He hugs her. She struggles to push him and get away. He shows her a knife and scares her. Preeta is shocked by his dangerous side.

Krish falls in love with Kirti. He makes the announcement in both the families that he wants to marry Kirti. Both the families oppose Krish’s love story. Krish goes mad in anger. He tell that he will run away with Kirti if the families don’t bless their marriage by accepting them. Suman tells him that she will not accept Kirti in the family. Janardhan tells Krish that there is a condition which Krish needs to fulfil first before marrying Kirti. He tells that he will bless them for marriage, if Krish cuts off his ties with his family and leaves Pandya house forever.

He intends to make Krish his Ghar Jamai to take revenge on Pandya family. He tells Kamini that he has played this move just to snatch Pandya’s son. Krish is jobless, and has no earning. He has lied to Kirti about his online job. Kirti believes that he is independent. To keep his lie, Krish asks his family to give his property share. He reveals that Janardhan is ready to accept him, but on a Ghar Jamai condition. The Pandyas get enraged and ask Krish to leave their house. Krish demands his share before leaving the family, much to their shock.

Soumya tries to win the hearts of her sons Jashan and Jahaan. She gets a positive hope that both her sons will love her. Armaan and Prisha play evil again to trouble Soumya. Soumya insults Armaan publicly and shows her command as a boss on him. Armaan gets speechless. Prisha plans the revenge on Soumya by using her sons.