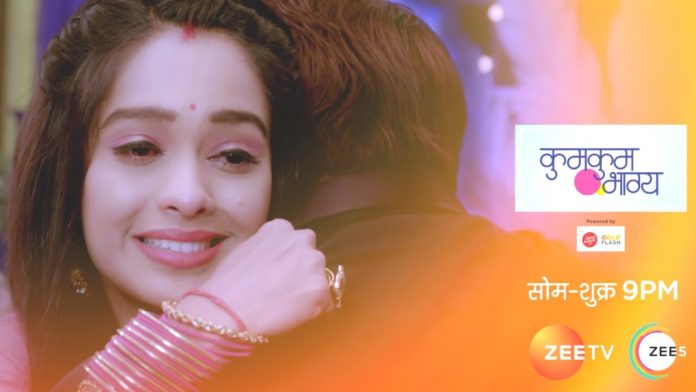 Kumkum Bhagya Pranbir union promo 20th July 2022 Prachi swears on her Kumkum that she won’t step on Kohli mansion door again. She begins to leave the house. Ranbir calls out Prachi and stops her. He asks her not to go by denying their relation of seven births, because she is the mother of his child. Rhea looks shocked, while Pallavi appears really happy with this news. Ranbir tells that their fate is connected with the baby. He requests her to not go leaving the house. Prachi hugs him happily, and nods to give her consent for their togetherness. They forget their differences and make a new start. Do you like the upcoming twist in the show? Watch the promo below.

Malerao goes to Khanderao and hugs him. Khanderao worriedly asks him if Ahilya has scolded him. Mukta tells Khanderao that its Malerao’s mistake, Malerao has spoken rudely with Ahilya and made her cry. Khanderao is taken aback knowing Malerao’s misbehavior. He wants to be a caring father, but not spoil Malerao by his love. Harku Bai asks Ahilya to have food. When Ahilya refuses, Harku Bai asks her if she has accepted Malerao’s annoyance as her defeat. She encourages Ahilya to fight with the situation and get her son on the right path.

Pallavi asks Shanky about Nikhil. Shanky replies that Nikhil just left. She searches for Nikhil and reaches the restaurant storeroom. She finds Nikhil there and tries to ask about Vishal’s matter. Nikhil gets hurt in the darkness. He asks who is around. Pallavi comes in front of him. She assumes that he is pretending hurt and asks him to stop acting. Nick shows his bleeding nose and asks her if she is blind to can’t see his real injury. Pallavi worriedly tries to stop the bleeding. He refuses to take her help. He tells that he doesn’t want her home remedies. Someone unknowingly locks the door. She shouts for help. Nikhil tells that everybody has already left. She tells that if their children know that she got locked with him, then she doesn’t know how they will react.