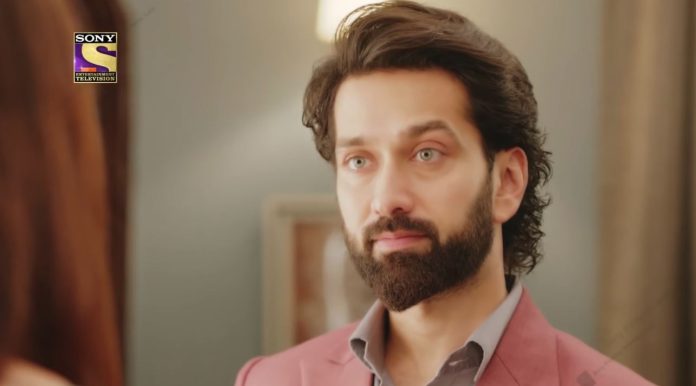 Bade Acche Mose Chhal 21st July 2022 Highlights Armaan orders Prisha to take the kids Jashan and Jahaan to Soumya. He tells that its really necessary to keep Soumya in order to get the rights of her other three novels. Prisha unwillingly takes the kids to Soumya’s home. Soumya prepares the favorite food of her sons and welcomes them home. She asks them for a hug, but the kids get rude towards her, as taught by Prisha. The kids taunt that her clothes are stinking. Prisha asks Soumya how will she earn the love of her sons. The kids ruin up everything in the house by their mischief. They trouble Soumya a lot. Soumya keeps her patience. She asks Prisha to leave. She serves the paneer dish to the kids, who refuse to eat it and tell her that Prisha has already packed noodles for them.

Ram, Priya and family meet Nikhil and Pallavi in the party. Ram tells that Sara and Vikrant deserve every happiness in their lives. Nikhil praises his wonderful speech. He tells that he is more qualified to give a speech on the institution of marriage. Ishaan’s aunt reveals about Pallavi’s multiple affairs, and insults Pallavi. Ram doesn’t like it. He tells that he won’t accept such behavior about any woman. He tells that he won’t hear anything about someone’s wife or ex-wife.

Nikhil asks him to relax and not get into this. He wants to vent his frustration about Pallavi and Ranveer’s relationship. Ram enquires Priya about her health. He is still super caring towards her. Pihu and Ram begin to bond and plan a performance in the party. Priya tells that she will get fine after watching their dance performance. Pihu asks Ram to guess her favorite song. He asks how would he know it. She tells that he would know it because he is her father. Ram seeks Priya’s help in pleasing Pihu.