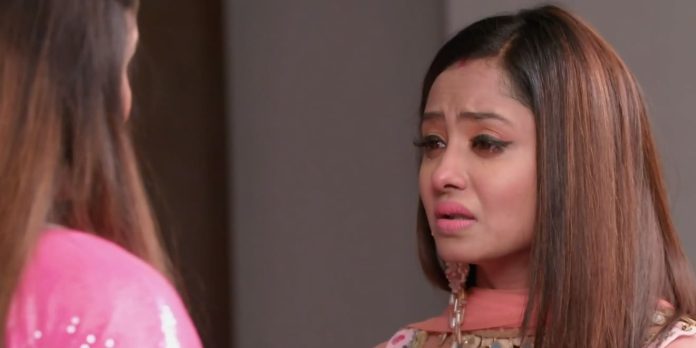 Kumkum Bhagya Rhea amazed 22nd July 2022 Spoilers Pallavi talks sweetly with Prachi. Even Ranbir is convinced that his mother has suddenly reformed. Vikram and Dida also believe Pallavi and feel proud of her. Pallavi plays a game to just please the family and then take her revenge on Prachi. Pallavi hugs Prachi while accepting her as a daughter. Prachi is on cloud nine. Pallavi later tells Rhea that its all a drama, she hates Prachi and wants to separate Prachi from her child, just like Prachi separated Ranbir from her. She reveals her big plan of snatching Prachi’s child after her delivery. Rhea is amazed to know Pallavi’s criminal plans.

Aarohi gets selfish and thinks of taking revenge on Abhi by leaving hi unattended at the accident site. Abhi is stuck in the car. The car blasts. Akshara feels sorry that she wasn’t with Abhi when he needed her the most. She reaches the accident site and learns about a deadly accident of a famous doctor. She gets confused and goes to check the person. She is hugely shocked to see the person. Will she find Abhi in time and save his life?

Indu gets insulted in the party by Ritesh’s family. Indu meets Ritesh. She gets into a funny argument with Indu. A guy misbehaves Indu. Ritesh stops him and protects Indu.

Suman threatens of ousting Krish from the house to punish him for his huge mistake. She can’t forgive him for stealing money from the house. She slaps him and then holds his hand to throw him outside the house. Krish gets a dose of sense when Dhara comes to his rescue. Dhara protects him from Suman’s rage. She asks Suman to spare Krish this time, and apologizes on his behalf. Suman asks Dhara to get aside, else she will also face the same treatment. Dhara tells that she will leave the house if Suman throws Krish outside. Dhara manages to calm Suman’s anger and takes Krish inside the house. The entire family come ahead to support Krish, overcome his heartbreak.