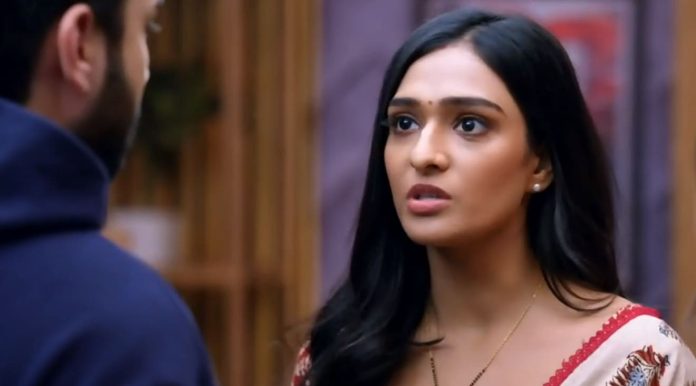 Bhagya Lakshmi 23rd July 2022 Written Update Bad omen Rishi tells Neelam that Lakshmi will take care of him. She asks will Lakshmi look after him, when she is herself responsible for his condition. She doesn’t have any faith on Lakshmi. She tells this on Lakshmi’s face. Rishi tells that he trusts Lakshmi, she has earned his trust by helping him and his family. He tells that she has saved their family respect. Malishka gets upset seeing him support Lakshmi. Balwinder flees in a car, while Ayush follows him on a bike. Rishi tells Lakshmi that Ayush has gone to catch Balwinder. He adds that he can’t sleep until Ayush comes back home safely. Lakshmi is also worried for Ayush. Ayush meets with an accident. Lakshmi senses a bad omen when Ayush and her picture falls off the picture wall. Will Ayush get rescued? Will Balwinder’s track come to an end? Keep reading.

Earlier in the show, Ahana and Devika ask Ayush not to let Balwinder escape. Lakshmi cares for Rishi’s wound. Neelam makes Lakshmi away from Rishi. She asks him will he risk his life for Lakshmi. Karishma stops Lakshmi. She asks her to stop the drama. Lakshmi doesn’t listen to them. Rishi defends Lakshmi. Neelam asks Malishka to do the aid. She calls Lakshmi unlucky for the family. Dadi tells that its her mistake, Lakshmi is not at any fault. She makes Lakshmi do the aid to Rishi. She asks Lakshmi to handle the relations. Lakshmi feels hurt seeing Rishi’s wound. She wants him to take care of himself. Rishi tells that even Lakshmi does a lot for his sake.

Ayush tries to stop Balwinder, who races the car to escape. Ayush follows him on his bike. Neelam asks Rishi if its hurting a lot. Virender asks Rishi and Neelam to relax. Rishi tells that Balwinder didn’t name their enemy even after so much torture. Karishma tells that someone is using Balwinder against their family. Neelam wanted to know the name of that person. Sonia worries on hiding Malishka’s name. Karishma tells that maybe there is nobody such in the family. Malishka tells that this might be true. Rishi tells that there maybe some culprit wishing to harm Lakshmi. He wants to find Balwinder.

Neelam asks Rishi not to risk his life. She worries for him. She tells hat he doesn’t listen to her at all. Virender asks Rishi to obey Neelam. Doctor visits them. He checks Rishi’s deep cut wound. Virender tells that it’s a bottle glass cut. Dadi tells that Lakshmi has done the first aid. Doctor tells that she has done it neatly, he will give painkillers to Rishi. He asks Rishi to get well soon. Rishi asks Neelam not to worry, he can go and catch Balwinder. She refuses.

Ayush follows Balwinder. Rishi tells that he will take the medicines himself, Malishka doesn’t need to get stressed. Malishka tells that she will be becoming his wife soon. Rishi tells that Lakshmi is there to take care of him. Neelam replies that she doesn’t trust Lakshmi. He tells that he trusts Lakshmi, she has earned his trust by saving him and his family, she risked her life many times just to save him. He asks the family not to worry when Lakshmi is there. Ahana praises Lakshmi that she is the shield of the entire family. She also trusts Lakshmi. Rishi takes the medicines.

Lakshmi thanks him for taking her side. He tells her that she will get support and love if she supports and loves him. He pinches her teasingly. He tells that she is a part of the family, she is his wife until their divorce. She gets sad. She apologizes that he got hurt because of her. Rishi laughs on her innocent gestures. He makes her hold ears. He tells that he will click her picture. They both worry for Ayush. Lakshmi knows Balwinder has gone mad. Balwinder and Ayush meet with an accident. Lakshmi gets afraid seeing Ayush’s picture falling down. Karishma is angered that Lakshmi misbehaved with her. She wishes to slap Lakshmi. Virender tells that Lakshmi was doing the aid to Rishi’s wound.

He asks Karishma to go and sleep. Neelam tells that she will go to Rishi. He tells that Lakshmi is with Rishi, he is capable to take care of himself. She blames Lakshmi for being the reason for the entire problem. She calls Lakshmi unlucky for the family. She tells that she will throw Lakshmi out of the house once anything bad happens. She doesn’t want to listen to anyone. Rishi recollects Balwinder’s words. He gets into a cute banter with Lakshmi. She tells that she feels the pain when she gets hurt. He laughs that she had watched any romantic movie, so she is coming up with such dialogues. He asks her was she serious, did she really mean that. She tells yes. She lies about the song she heard, from which she got this thought. He asks her to sing. He knows that she really cares for him. She conceals her feelings. Rishi questions her feelings.

Reviewed Rating for Bhagya Lakshmi 23rd July 2022 Written Update Bad omen: 3/5 This rating is solely based on the opinion of the writer. You may post your own take on the show in the comment section below.