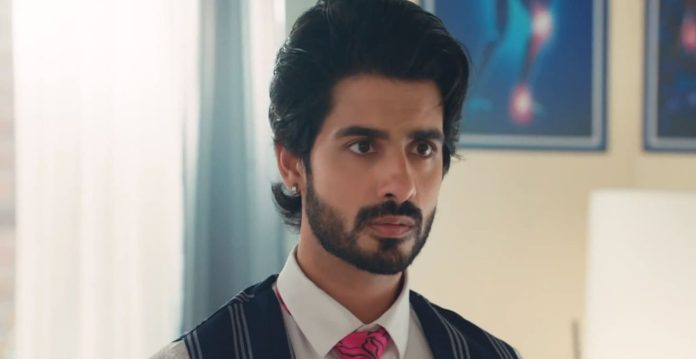 Yeh Hai Chahatein 23rd July 2022 Written Update Dr Awasthi asks Rudra to take Prisha back, before she gains consciousness. Rudra thanks Dr. Awasthi for his help. Dr. Awasthi tells Rudra that love and God are above medical science. He asks Rudra to never lose faith in love and God. Rudra tells Dr. Awasthi that his love is his God and he lives for it only. He says Prisha will have to get well for herself, him, their children and family. Rudra says that it doesn’t matter how much time it takes. At college, the music teacher welcomes Pihu in music class. Raj gets stunned seeing Pihu in his music class. Pihu forcibly sits with Raj.

Raj changes his seat. Pihu refuses to accept defeat easily as Raj supported her in such an important matter of hers. She gets determined to befriend Raj. On the other hand, Armaan keeps on following Prisha’s phone location using the tracker that he fitted in her phone. Vanshika keeps riding the bike to keep Prisha’s phone and real location hidden from Armaan. Rudra calls Vanshika and asks her to switch off Prisha’s phone for some time. He then explains his further plan to Vanshika to fool Armaan. Vanshika disconnects the call and switches off Prisha’s phone. Armaan gets shocked seeing that tracker stopped Prisha’s location to him.

He stops his car and calls Prisha. Armaan gets worried when he finds Prisha’s phone switched off. He wonders where Prisha is. Armaan suspects that Rudra is behind all this. Suddenly Armaan’s tracker starts showing Prisha’s location again. Armaan sees that Prisha is at a coffee shop and starts driving. At the coffee shop, Prisha gains consciousness. Vanshika reminds Prisha that she met her outside her house and helped her in her injured condition. She also reminds Prisha how she took her to Dr. Awasthi’s clinic and got her sprained leg bandaged. Prisha recalls taking Vanshika to Dr. Awasthi’s clinic for sprain treatment.

Armaan wonders if he is giving overdose of medicines to Prisha, that Prisha isn’t able to remember even present day’s happenings. He hopes that some serious problem doesn’t occur. At Khurana house, Rudra tells his kids that the doctor told that Prisha is being given wrong medicines to make her lose her memories. This shocks Ruhi and Saaransh. Saaransh asks Rudra if he knows that Armaan is giving wrong medicines to Prisha, then why did he let Prisha return to Armaan. He tells Rudra that they could have brought Prisha home and made her recall everything by showing her their photo albums. Rudra tells his kids that they can’t do this as the doctor has refused to do so.

He says the doctor has told him that if they will put pressure on Prisha to recall everything by showing her old photographs and by other means, they can even lose Prisha forever. This shocks Ruhi and Saaransh. Flashback shows Rudra asking Dr. Awasthi if he can bring Prisha back to his house so that the wrong medicines being given to her can be stopped. He also tells Dr. Awasthi that he can bring Prisha’s memories back by showing her their old photographs and making her meet her real family. Dr. Awasthi tells Rudra that he can’t allow him to do all this.

He also tells Rudra that even if the wrong medicines being given to Prisha will be stopped, it will take a long time for Prisha to regain her memories. Dr. Awasthi further rells Rudra that if he will try making Prisha remember everything by showing her old photographs, then this pressure can badly affect Prisha’s brain. He says Prisha can lose her memories forever and fall into a coma this way. Rudra gets shocked hearing all this. Dr. Awasthi suggests Rudra to slowly try making Prisha recall her past. He also suggests Rudra to try recreating old and good memories. Flashback ends. Rudra tells his kids that Dr. Awasthi till now couldn’t find out how Prisha remembers him and hates him. He says they need to find out how Prisha recognizes him and why she hates him to make her well again.

Saaransh asks Rudra how they will find out all this. Rudra tells his kids that they can find answers to all their doubts and questions by living near Prisha. He says they will have to do all things which makes Prisha happy. Rudra tells his children that they will also have to recreate old memories in front of Prisha and make her remember the past slowly. Saaransh tells Rudra that Armaan won’t let them meet or even go near Prisha. Rudra tells his kids that he has a plan to live near Prisha for 24 hours, in which even Armaan won’t be able to do anything. He asks his kid’s to wait until some things get final. At college, Raj will give his music class notes to Pihu on music teacher’s instructions.

Pihu and Raj start coming a little closer as friends. Pihu once again tries convincing Raj to befriend her by telling him that life doesn’t give chances again and again to make good friends. Raj tells Pihu that he did bad once with Rudra by going against his brother (Vidyut) but can’t betray him again by befriending her. Before Pihu can say anything ill about Rudra, Raj stops her. He tells Pihu that Rudra did much for him. Raj also tells Pihu that last year when Rudra wasn’t able to find Prisha, he saw Rudra yearning in pain for Prisha. He further tells Pihu that Rudra was searching for Prisha like a mad person.

Raj says when after a lot of searching, Rudra failed to find Prisha, he became almost lifeless. He tells Pihu that at present Rudra broke down seeing hate in Prisha’s eyes for him. Raj reminds Pihu that presently Prisha is Armaan’s (Pihu’s brother) wife. He asks Pihu to think what will Rudra go through knowing that he befriended his enemy’s sister. Raj tells that he can give more pain to Rudra. He also tells Pihu that in the present situation, he can’t befriend her even if he wants to. Raj asks Pihu to remember that they can’t ever be friends. He leaves asking Pihu to stop asking him again and again to befriend her as he can’t refuse her again and again. Pihu feels bad, disappointed and a little hurt.

On the other hand, Rudra successfully convinces Armaan’s neighbor to sell her house to him. He promises Armaan’s neighbor that he can pay her any price for her house. Rudra also promises Armaan’s neighbor that he will take care and responsibility of her packing and shifting. He gets happy thinking that he found the way to live near Prisha. In the next episode, Rudra will surprise his kids by showing them that they have purchased Armaan’s neighbor’s house and will live near Prisha now. Kids will get happy by this. Kanchan and Pihu on the other hand, will start wondering why Rudra will torture Prisha when he loves her so much. Later, Armaan will catch Rudra living in his neighboring house and keeping a watch on Prisha. He will get angry by this.

Reviewed Rating for Yeh Hai Chahatein 23rd July 2022 Written Update: 3/5 This rating is solely based on the opinion of the writer. You may post your own take on the show in the comment section below.