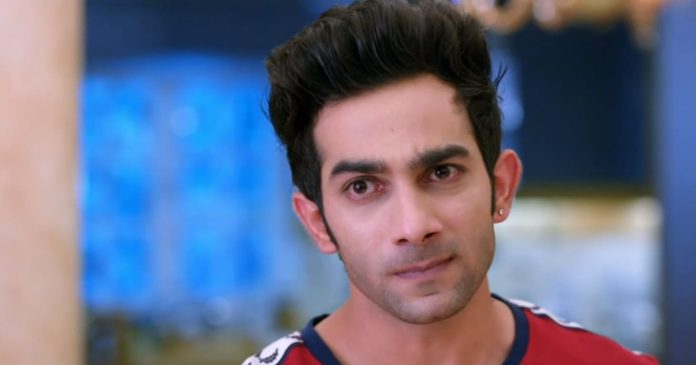 Bhagya Lakshmi 25th July 2022 Written Update Ayush to die Balwinder and Ayush get into a big fight. Balwinder suffocates him with a rod. Ayush faints down. Balwinder drops him in the middle of the road and runs away. Dadi worries and asks the family if anything happened to Ayush. Malishka worries thinking Balwinder has killed Ayush. She feels bad for Ayush. The family pacifies Dadi. Shalu senses a bad happening. Police comes home. Inspector Durga Devi Singh comes to meet the Oberois to find missing Ayush. Will Malishka’s crime get known with Durga Devi’s investigation? Keep reading.

Earlier in the show, Virender, Neelam and Karishma have a talk about Lakshmi. He asks Karishma to go and sleep. Neelam tells that she will go to Rishi. He tells that Lakshmi is with Rishi, he is capable to take care of himself. She blames Lakshmi for being the reason for the entire problem. She calls Lakshmi unlucky for the family. She tells that she will throw Lakshmi out of the house once anything bad happens. She doesn’t want to listen to anyone. Rishi recollects Balwinder’s words.

He gets into a cute banter with Lakshmi. She tells that she feels the pain when she gets hurt. He laughs that she had watched any romantic movie, so she is coming up with such dialogues. He asks her was she serious, did she really mean that. She tells yes. She lies about the song she heard, from which she got this thought. He asks her to sing. He knows that she really cares for him. She conceals her feelings. Rishi questions her feelings.

Lakshmi asks Rishi not to talk to her, because he is talking nonsense. She asks him to not taunt her. Rishi asks her not to talk to him, silence will be good for some time. Balwinder wishes Ayush had died in the accident. He asks Ayush to come after him if he can. He runs away. Ayush is hurt. He follows Balwinder. Lakshmi asks Rishi if he will get peace in his life if she doesn’t talk. She appears upset to him. She asks if she talks a lot. He tells that he doesn’t like it when she doesn’t talk. She asks him the truth. He asks her why is she asking so many things.

She tells that she has seen something which she hasn’t seen before, that he supports her, he respects her and also her dignity. She feels glad. Rishi holds her saying her dignity is now his responsibility, her respect is now his respect. She feels touched. They rush to see if Ayush has come. Balwinder hides from Ayush. Ayush catches him and fights him. Balwinder suffocates him. He asks Ayush to call Rishi now. Ayush faints down. Shalu hears some sound and goes out to see. Balwinder checks Ayush. He thinks if Ayush died. He runs away from there. The police comes home.

Dadi asks them the reason for coming. She asks if anything happened to Ayush. The family asks Dadi not to reach any conclusion. Malishka thinks Balwinder has killed Ayush. She doesn’t want Sonia to tell the truth to Neelam. Lakshmi tells Dadi that Virender has called the police. Malishka thinks Ayush is dead, and now she won’t get saved from the murder case. She wants Rishi to love her. Lakshmi and Rishi tell Dadi that they asked Virender to seek the help from the police to find Ayush. The police constables praise the inspector Durga Devi Singh.

Virender tells that Balwinder and his friends won’t get saved now. Rishi also wants the resident enemy to get caught. Dadi wants to see the inspector. The family welcomes Durga Devi. Durga tells them that people should feel encouraged and safe when they meet the police, instead feeling scared and troubled. She asks them to help the police in their big goal. She tells them that she got to know about the case from the commissioner. She adds that Rishi has done an illegal thing to keep Balwinder captive in their house. She warns them to not repeat their mistake. She asks them to tell about Balwinder.

Malishka gets stressed that Durga is now going to trouble her. She finds Durga staring at her. She doesn’t want to look nervous and scared. She stays calm. Durga asks Rishi if he has caught Balwinder to interrogate. She tells that such courage isn’t good, it makes him a criminal. Rishi introduces his family. Durga tells that she will find Ayush and Balwinder also, and from now Rishi doesn’t need to show any courage. She questions about Malishka. The family prays that nothing happens to Ayush. Shalu goes out of her house and looks around. She finds Ayush fallen unconscious on the road.

She rushes to save him. She asks him is he okay. He gets conscious. He asks for Balwinder. She asks him how did he get hurt. He tells that Balwinder has run away. She asks him if he has got hurt on his head. He asks her not to interrogate him. She tells that she is helping him, he shouldn’t make him angry. He refuses to take her help. They both get into a moment. He tells that he is a man, he doesn’t need any help. He isn’t able to walk without support. She holds him with care. Ayush likes her gesture.

Reviewed Rating for Bhagya Lakshmi 25th July 2022 Written Update Ayush to die: 3/5 This rating is solely based on the opinion of the writer. You may post your own take on the show in the comment section below.