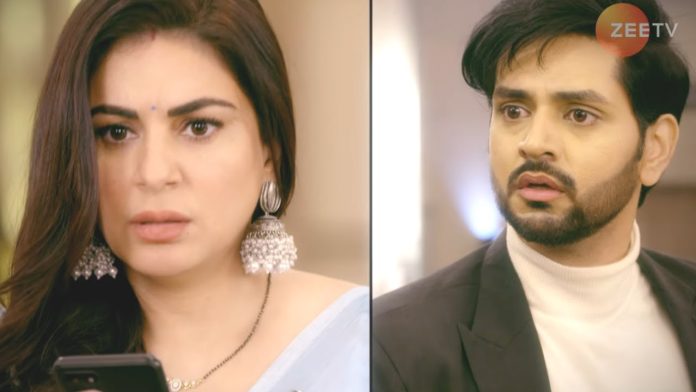 Kundali Bhagya Karan rescues Rishabh 25th July 2022 Kundali Bhagya episode spoiler – Karan rescues Rishabh Rishabh is stuck in the rain and calls Preeta. A truck hits him and he meets with an accident. Rishabh lies in blood while Preeta gets worried. Karan gets out of his car and asks people to clear the traffic. They inform him that an accident has occurred. He sees Rishabh and picks him up on his shoulder. Karan takes him to the hospital and tells that his brother is severely injured.

Pakhi is caressing her baby bump when Sai comes with papers and shows them to her. Pakhi is stunned. The family members gather. Sai asks Pakhi to sign the papers and write that she will hand over the baby to Sai after she gives birth. She asks her to also write that she will not interfere between her and the baby. Bhavani scolds Sai and goes to tear the papers. Pakhi asks Bhavani to wait. She tells Sai to take everyone’s sign and lastly she will sign it.

Shagun informs Shubh that Naina and Aji are together in the conspiracy. He is shocked and doesn’t believe her. Shagun assures him that it is the truth and Naina herself told it to her. Shagun stops abruptly and Shubh becomes angry. Naina smiles wickedly sitting on a sofa.