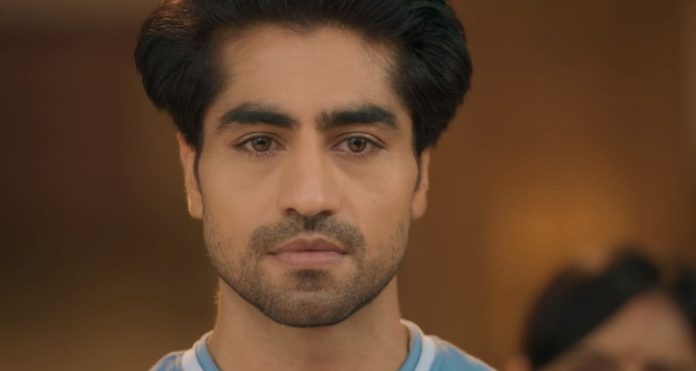 Yeh Rishta 26th July 2022 Written Update Hope for Abhi Akshara is seen walking in the house corridor and going to Abhimanyu. Suddenly, she gets the fragrance of chocolate coming from her and Abhimanyu’s room. When she walks to her room, she finds Abhimanyu’s standing in front of a covered table and in between a decorated room. Akshara asks Abhimanyu what is going on. Abhimanyu reminds Akshara that they had lauki ki sabzi and broccoli for the first time in life. Akshara asks Abhimanyu what is the connection. Abhimanyu tells Akshara that they will make chocolates.

At the hospital, Harsh asks a tense Anand to not worry as he will handle everything now. Anand tells Harsh that he is thinking of tying up with Dr. Awasthi for some days for Abhimanyu’s pending surgeries. Harsh agrees with Anand, saying that he doesn’t want any patients to choose another hospital over Birla hospital. At Birla house, Abhimanyu ties Akshara’s hair into a bun. Abhira starts the procedure of making chocolates together. Abhimanyu gets fully romantic with Akshara. Akshara applies chocolate ganache on her cheek and then applies the same to Abhimanyu’s cheek using the chocolate ganache applied on her cheek. Abhimanyu does the same with Akshara.

Abhira gets wholly lost into each other. At the hospital, Anand asks Harsh to rest for some time as he did a lot of work already. Harsh tells Anand that he has rested much and won’t stop before getting Birla hospital its reputation back. He tells Anand that without Abhimanyu, the hospital doesn’t feel like a hospital. Harsh says he said whatever he felt, ignoring the differences between him and Abhimanyu. Anand says a father always remains a father. He tells Harsh that even he feels nervous without Abhimanyu at the hospital. Anand also tells Harsh that with Abhimanyu present, he feels relaxed thinking that Abhimanyu will handle any crisis that may possibly occur.

Anand says, Abhimanyu is very trustworthy, dedicated and intelligent. He also says that even patients, staff and juniors remain comfortable with Abhimanyu. Harsh says he just wants Abhimanyu’s hand to get fine as soon as possible and he (Abhimanyu) could return to his work. Anand and Harsh discuss finding a doctor from anywhere in the world, who can assure results of improvement in Abhimanyu’s hand. Anand tells Harsh that he is impressed seeing Akshara’s courage as she keeps motivating Abhimanyu and never lets his morale go down.

Next morning, while performing pooja, Abhimanyu recalls a doctor telling him that his nerve is severely damaged and his hand won’t remain in command, which can lead to serious accidents. He also recalls how his injured hand lost grip on bottle, mehendi cone as well as Akshara. Abhimanyu apologizes to Mahadev, for not being able to perform pooja with complete focus. He tells God that a lot of things are going on in mind, which is making him lose his concentration. Akshara also comes over there and takes Abhimanyu outside with her. Later, Suhasini tells Abhimanyu that she brought a knowledgeable baba with her to ward off the bad sight from him and also to neutralize evil one’s actions.

She also tells Abhimanyu that she knows that today’s generation doesn’t believe in all this but still wants him to meet Babaji as he has nearly been saved from many dangerous accidents in the past few days. Babaji comes inside Birla house. Manjiri and Suhasini welcome him with respect. On Manjiri’s insistence, Abhimanyu walks towards Babaji and shows him his injured hand. Babaji touches Abhimanyu’s hand and asks him to perform every kind of veneration (pooja) of Lord Shiva. Abhimanyu takes out his Lord Shiva’s locket and chants a mantra. Goenkas and Birlas feel proud of Abhimanyu.

Abhimanyu tells Babaji that he is already directly connected to Lord Shiva. He says Mahadev is already aware of all phases of his life. Abhimanyu tells Babaji that he never doubts any decision of Mahadev. He says he believes that whatever has to happen, happens at the decided time of a person’s life. Abhimanyu thanks Babaji for coming upon Suhasini’s invitation. He says his devotion towards Mahdev is his own. Babaji leaves saying that there is no need for him when a devotee is already on the right path. Suhasini feels awkward and scared. Abhimanyu relaxes Suhasini by laughing. He makes an emotional Suhasini ward off the evil sight from him.

Abhimanyu tells Suhasini that he is very happy seeing all his family members worried for him and also making efforts to get his hand injury fine. Akshara says that there is no well-wisher bigger than own family. Later, Kairav tells Abhimanyu that he felt good seeing his courage as the whole family was in tension. Abhimanyu tells Kairav that being a doctor he has full faith in medical science. He also tells Kairav that he wants Akshara to fulfill her dreams as soon as possible. Kairav says Goenkas wants the same. At the same time, Akshara gets a call from Birla hospital. Staff tells Akshara that she has an appointment within half an hour.

Through Akshara’s reluctant expressions, Abhimanyu understands that Akshara doesn’t want to go anywhere leaving him and his care. He explains to Akshara that a doctor and soldier never refuses to be on duty. Abhimanyu tells Akshara that the patient who came to the hospital to meet her needs her more than him. He asks Akshara to not be worried he will take care of him himself. Abhimanyu and Kairav convince Akshara to go for her work. Aarohi feels jealous and angry seeing Akshara getting work calls. At the hospital, Akshara feels satisfied working on her job. She thinks that now she can understand Abhimanyu and his situation.

Akshara thinks that Abhimanyu can’t find the satisfaction of his work by even exercising or playing games. At home, Abhimanyu tries on his hand’s strength through a game. Hearing people discussing that Abhimanyu’s presence could help a lot in surgery, Akshara gets an idea. Akshara converses with Dr. Rohan and they make a plan to motivate Abhimanyu and make him feel a little satisfied. Dr. Rohan sends a link to Abhimanyu about emergency surgery and meeting. Abhimanyu opens the link and agrees to help Dr. Rohan with a surgery.

Seeing Abhimanyu getting busy and focused on surgery suggestion work, Akshara and Manjiri feel happy. Akshara hopes that soon Abhimanyu will perform surgeries on his own like he used to. She says she will make any sacrifice and face any challenge to make Abhimanyu’s hand fine again. Akshara wonders how someone cannot not fall in love with Abhimanyu. Later, Akshara returns home. She picks up the stuff that fell in the car by mistake. She wonders that Abhimanyu must have felt happy after doing an online guidance session with Rohan and Vishesh.

At the same time, Akshara receives Kairav’s call. Kairav asks Akshara why she is not giving the audition again. Akshara tells Kairav that she doesn’t even want to think about her own career till Abhimanyu’s hand gets fine. Kairav tries convincing Akshara to take care of Abhimanyu and work on her dreams as well as career too. Akshara refuses to discuss this more. She says she wants to be near Abhimanyu, even if he needs her or not. Akshara says her priority is just Abhimany, not her career. Kairav reminds Akshara that even Abhimanyu wants her to fulfill her dreams. Akshara remains adamant on giving priority to Abhimanyu.

Kairav gets tensed for Akshara and her career. Akshara turns and gets shocked seeing an angry Abhimanyu. She understands that Abhimanyu heard her and Kairav’s conversation. Later, Abhimanyu and Akshara argue about giving priority to each other’s dreams and career. Angry Abhimanyu scolds Akshara for sacrificing her dreams and career for him. He warns Akshara that even he will do whatever he wants to and become a psycho. Akshara gets worried.

In the next episode, Abhimanyu will be seen talking to a doctor. Doctor one by one will answer Abhimanyu’s questions in front of the whole Birla family. He will tell Abhimanyu that his hand nerve is 70% damaged, recovery chances are 40% and chances that his hand will always remain non-working are 95%. This will shock everyone including Abhimanyu. Later, Anand will say that he found a doctor with a 100% success rate but this doctor has stopped performing surgeries. Akshara will get determined to find out the doctor told by Anand, anyhow.

Reviewed Rating for Yeh Rishta 26th July 2022 Written Update Hope for Abhi: 3/5 This rating is solely based on the opinion of the writer. You may post your own take on the show in the comment section below.