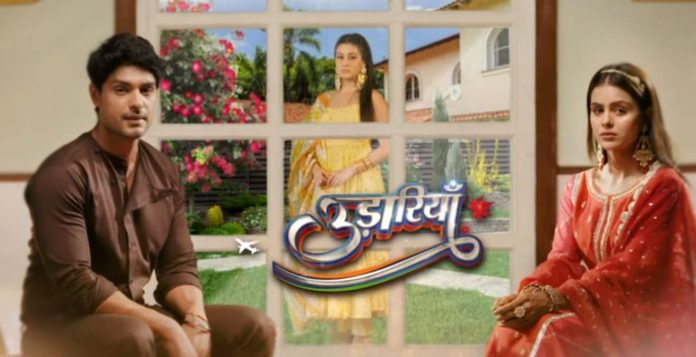 Udaariyaan Jasmin helpless 27th July 2022 Spoilers Udaariyaan episode spoiler – Jasmine caught stealing Jasmine is caught stealing samosas and is threatened to send to the police station. Some goons see Tejo and feel she is still insane and go towards her. Tejo starts thrashing them with her handbag and calls for help.

Sayuri declares that she is breaking ties with this house and all its family members. She leaves and Anjali enters. Kanha cries. Sayuri also cries and says that if she hadn’t left the house how would have Anjali entered. She says sorry to Kanha. Kanha looks at the ring and says that he felt today was a good day but he lost everything.

Pakhi asks Tara to escape and inform Agastya and he will save her. Agastya looks for Tara and Pakhi. Ishaan says Pakhi she is wrong to think that he cannot catch Tara. He pushes her and Pakhi becomes unconscious. Ishaan puts her in the car. Tara crawls via a tunnel. Pakhi bangs Ishaan and runs away.

Harphoul Mohini episode spoiler – Harphoul-Mohini’s partnership:
Harphoul asks Mohini to be his partner and they both shake hands. Balwant says that after winning two times from him Mohini is flying high but he doesn’t accept defeat and decides to pounce back. Balwant says that his next move will prove dangerous for Harphoul and Mohini.

Sasural Simar Ka episode spoiler – Geetanjali Devi’s outburst:
Simar and Aarav reach the mandap. Geetanjali Devi pours water on the havan. Everyone is shocked. Ishita tells her that there is no use of doing all this as they are already married and now she is Ishita Reyansh Oswal. She shows the mangalsutra and sindoor. Geetanjali Devi slaps Ishita. Ishita fumes in anger.

Parineetii episode spoiler – Parineet’s oath:
Neetii motivates Parineet to speak for herself as she is with her. Parineet says that she will give a befitting reply as well as give punishment for the mistakes. Parineet promises to destroy Rajeev if he has betrayed her.Tere Bina Jiya Jaye Na episode spoiler – Jaya defeats Krisha:

Krisha cries. Jaya says that she cannot win the whole game by just winning a small part. Jaya challenges her that it was just a warm up games and the main game will start now. Jaya says that her thought starts where Krisha’s thinking ends. Krisha promises Jaya that she will only end the game.

Ram feels that because Priya was in the room Krish made him wait outside. He says that Priya has come to meet Krisha secretly and these things are done quietly. Pihu asks Priya if Ram is angry with her. She says no. Pihu asks why didnt he land up for their dinner date and break his promise. Priya and Ram get into an argument.

Akanksha begs to Manav that she wants to become his wife again and leave the world. She requests him to give her happiness for a few days and urges him to fulfill her last wish.