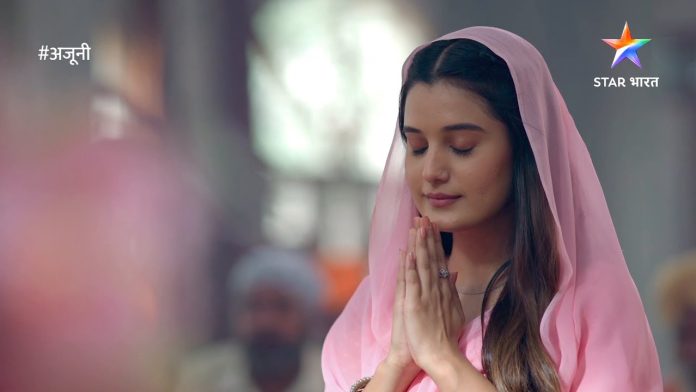 Ajooni 30th July 2022 Upcoming YRKKH Pandya Store Ajooni episode spoiler – Rajveer creates ruckus Rajveer watches Ajooni selecting clothes in a store through a CCTV camera. She likes an outfit but selects another one after knowing its price. Rajveer feels angry. The store guy gives the outfit to Ajooni and she is stunned. Rajveer comes on his jeep but she throws the outfit. He pressurizes her to take it and she accepts it. He gatecrashes Ajooni’s engagement and demands to have her.

Pandya Store episode spoiler – Gautam in dilemma:
Gautam submits 30,000 rupees for the lady admitted to the ICU. The doctor tells that the patient is missing. Gautam is stunned. Dhara says that a baby needs his mother only and says that he needs to meet his mother soon. Gautam is worried about how will Dhara react to the lady’s missing news and decides to search for a good adoption center.

Manish tells Abhimanyu that she has done a lot of hard work. He says that he has done preparations and hopes for the best. He calls up Akshara and she says that there is a poor network here. Abhimanyu asks her if she is in a dargah. She prays for him while Abhimanyu packs her gift. He feels that he is not able to do anything and wonders if he will be able to celebrate Akshara’s birthday properly. She sees Dr. Kunal Khera getting out of the car.

Pakhi takes Agastya to the hospital and he is taken inside to get operated on. Tara prays to the god to cure her father and offers ladoos. Pakhi also prays. Meera comes in the nurse’s disguise and says that she will complete the task which Ishaan left incomplete. She says that she will not let Pakhi and Agastya reunite. Meera places a knife on Agastya’s neck.