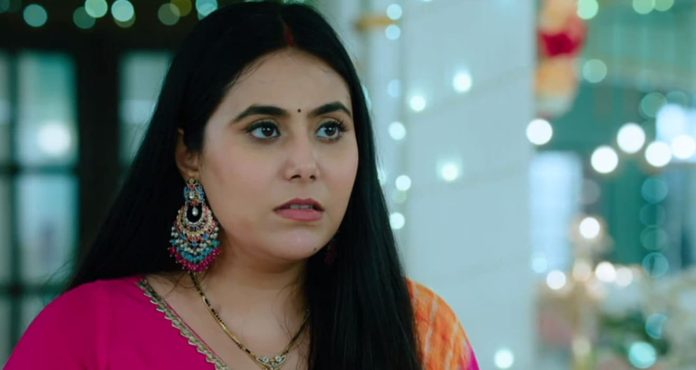 Udaariyaan Upcoming News Simran past returns Spoilers Udaariyaan episode spoiler – Jasmine manipulates Tejo Tejo and Fateh get ready and come outside. Everyone showers flower petals on them. Fateh threatens Jasmine that he is going to tell the truth to Tejo as she has recovered now. Jasmine cries and informs Tejo that after Fateh has come to know that she was blaming her and Fateh for her accident he has started to believe it. Jasmine tells her that Fateh keeps asking her to tell if she did this with Angad. Tejo is puzzled. Simran’s ex, Candy’s dad Aman makes an re-entry in Simran’s life and creates a havoc.

Katha asks Rahul till when he will keep himself hiding. She asks him if he remembers her. Katha says that it is very hard to believe that he is Kabir’s real brother. He says that what has happened to her and says that his name is Yuvraj and not Rahul. Yash sees Yuvraj and Katha arguing. Yuvraj says that he doesn’t know anything about her except her name. Katha is stunned.

Veera dances in joy. Sejal tells her to celebrate when she will really lose. She says that if the proof cannot reach the police at least the police can go to the proof. Veera is shocked and stops dancing. She points a knife at Sejal but she says that if she kills her then Yohan will not spare her. He will reach her anyhow. Veera threatens to kill Sejal’s family and says that their well-being is in her hands now. Sejal is shocked.

Suhani keeps a fast for Ranveer and completes it by looking at his photo. Ranveer drinks a lot and says that he will keep reminding Suhani of her mistakes. He breaks the bottle and says that she will have to apologize to him for her every mistake. Suhani says that Ranveer is bad and is confident that she will seek justice without his statement.