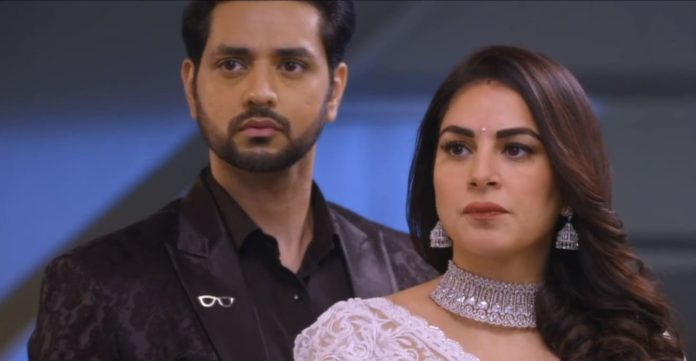 Kundali Bhagya Preeran moment 2nd August 2022 Kundali Bhagya episode spoiler – Karan touches Preeta Karan grabs Preeta by her hands and changes her pallu’s direction. He says that this style is looking nice while the earlier one was not. Preeta is shocked and pushes Karan. She asks him how dare you touch me. Karan is stunned but later realizes his mistake. Preeta fumes in anger.

Parineet calls Neetii a firecracker and she becomes happy to see her. They both hug each other. Neetii asks about Rajeev and Parineet says that he couldn’t come. She asks her if he has taken his girlfriend with him to the function. Parineet becomes upset. She and Neetii go to meet Sanju. Neetii calls him and he turns around. Parineet is shocked.

Mithai episode spoiler – Mithai VS Apeksha:
Mithai challenges Apeksha to separate Siddharth from her and if she is successful, she will keep her sandals on her head and sing in Mathura’s areas. Apeksha smiles. Siddharth’s friends make fun of Mithai for being an un-modern villager. Mithai is unaffected.

Krisha says that she wants to tell something to everyone. She says that Jaya kept Maharaj in the basement for many years and tortured him. Everyone is shocked. Krisha informs Devraj that Jaya planned his mother and father’s accident and left Maharaj alive to struggle in pain. Krisha tells Jaya that she is not a mother but his mother’s killer.

Meet episode spoiler – Mrs. Meet in a trunk:
Ram, Ragini, and Barfi tie Mrs. Meet, make her unconscious, and put her in a trunk so that she doesn’t try to ruin the marriage proceedings. Mr. Meet finds Mrs. Meet missing and calls her. Mrs. Meet struggles to get out of the trunk and shakes it. Mr. Meet finds Manjiri’s phone and wonders where is she. Suddenly he hears a sound.