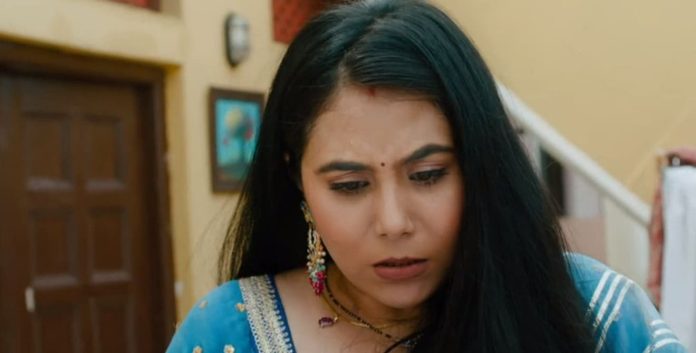 Udaariyaan Simran past returns 3rd August 2022 Spoilers Udaariyaan episode spoiler – Amanpreet pursues Tejo Tejo is puzzled to see Amanpreet Handa at the door. He calls her a beauty and asks her how does she maintain herself. He sits on the sofa and asks Tejo to call Simran. Simran comes and sees Amanpreet Handa. She gets startled and he asks her to breathe and laughs loudly. Tejo is alarmed to see Simran go panicky.

Appnapan – Badalate Rishton Ka Bandhan episode spoiler – Nikhil’s food mela:
Pallavi is worried that if Nikhil’s career is ruined because of her then she will be responsible for it. The media people reach Nikhil’s cafe for the food mela. They question him for hiring his underage son in his cafe. Rastogi says that Nikhil will lose his international tag along with a tarnished reputation.

Nandini informs Shubham about Ram and Priya’s closeness. She is worried that Ram may forgive Priya for Shivina’s death. She is scared that what will happen if Ram will get to know about Pihu’s truth. Pihu surprises Priya. She asks him who helped her and Pihu points out at Ram. Priya is stunned.

Soumya tells that such kind of step can be taken by an insider who knows all the information and passed it on. Armaan says that it is Prisha. Soumya questions Prisha where are her kids and if she tries to harm them she will not leave her. Prisha is astonished.

Tara says that she found everyone but didn’t find Agastya. Pakhi informs her that there is a secret place that only he knows. She takes her there. Pakhi and Tara search for Agastya all over the room. Pakhi finds his phone fallen down. She and Tara see the wardrobe shaking heavily.

Swaran Ghar episode spoiler – Ajit promises Swaran:
Ajit apologizes to Swaran for speaking rashly with her. He holds his ears and says sorry to her. Swaran asks him to scold her when they fight or become upset with each other but tells him not to leave her and go. Ajit promises her that he will never leave her and go. Arjun’s handkerchief falls down and Ajit informs him. He thanks him and ties it to his head. Swaran, Arjun, and Ajit pray together at the Gurudwara.