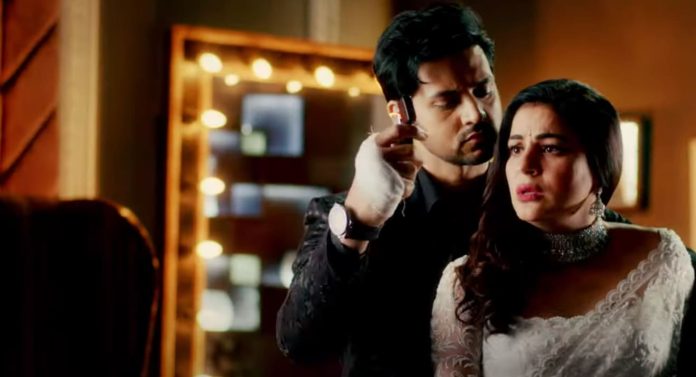 Kundali Bhagya Preeta’s forced marriage 5th August 2022 Kundali Bhagya episode spoiler – Preeta’s forceful marriage Karan stops Preeta and confesses his love. Preeta asks him if he has lost his mind. She tells him that she is Rishabh Luthra’s wife. He grabs Preeta towards him and says that he doesn’t believe in her and Rishabh’s marriage. He puts a fire on a white cloth and takes pheras with her forcefully.

Akshara tells Abhimanyu that after she meets Dr. Kunal Khera and fixes the date then he will become very busy. He says that once he goes into OT then it will take a lot of time to come out. Akshara is disappointed. Akshara sees Anisha asking someone to leave as she cannot talk right now. Anisha is stunned to see Akshara.

Rudraksh comes out in his new makeover and sees Armaan. He thinks that what if he sees him. He wraps himself in a car cover and walks past him. Armaan sees him and asks him to stop. Rudraksh is shocked. He goes in front of Preesha. She gets shocked to see his beard coming off and pulls it. Preesha asks him what is he doing here.

Jyoti cuts Paro’s blouse open and she gets shocked. Mohini is determined to know the secret of Paro’s sindoor and marriage. Jyoti decides to tarnish Paro’s dignity. Paro cries in the kitchen and wishes to attend the pooja.

Yohan asks Sejal what was he doing during Abhishek’s death. She says that he was not a loyal police officer but a terrorist. Sejal confesses that she is a spy sent by Indian intelligence. Yohan is shattered. She reveals that she had come to spy on their house.

Aru eats a chocolate and becomes unconscious. Swaran sees him and struggles to reach there. Kiran searches for Aru. Some goons kidnap Aru. Swaran sees a gold chain on one of the kidnapper’s neck. She runs after them but falls down. Aru is taken away.