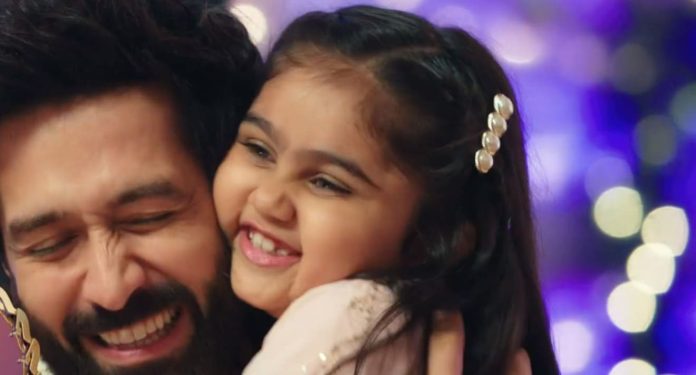 Bade Acche Lagte Hain 2 Upcoming Ram Pihu’s game Bade Achhe Lagte Hain episode spoiler – Ram-Pihu’s game The doctor tells Priya that Shubham had come to him so that the medicine’s truth doesn’t come out. She is shocked. Ram and Pihu play pillow fight and Priya stands between them. She asks them to sleep but Ram runs after Pihu. He falls on Priya. They have a romantic moment, when Pihu claps for them.

Sejal informs Yohan that he saves children in Kashmir who fall prey to the terrorists but Veera is one among them. She says that she is called as Sirji so that her identity is hidden. Veera closes her ears. Sejal says that Veera killed Yohan’s mother to take her place in their lives. Yohan is stunned. She says that it is difficult to believe her and asks him to shift the chair and see. Veera gets scared.

Kanha goes to Sayuri’s house when she is sleeping. He sees I love Sayuri written on his hand. He writes I love Kanha on her hand and kisses her forehead. Anjali tries to touch Kanha when he is sleeping and sees Sayuri’s name on his hand. She smirks and picks up a box of sindoor.

Harphoul assures Mohini that he will arrange for an ambulance. He asks the villagers if they consider his blood dirty and they say yes. He cuts his hand and makes a mark around the house with his blood and says that if they cross it the other villagers will boycott them. Balwant asks his men to dug up all the roads so that the ambulance doesn’t come inside. Mohini sweats while Harphoul struggles to get an ambulance.