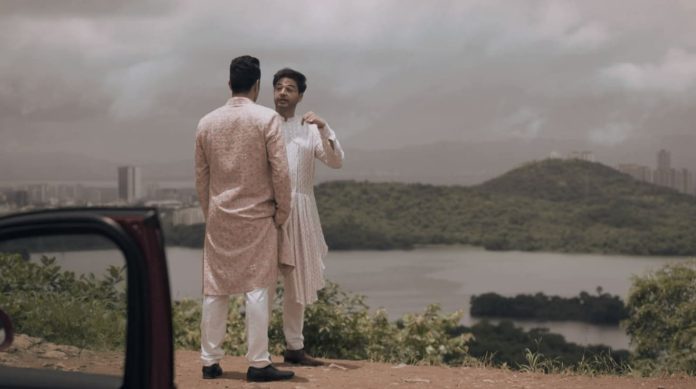 Anupama 10th August 2022 Written Update Accident truth Everyone waits outside the emergency room for the doctor to come and tell them about Anuj and Vanraj’s condition. Anupama thinks that she should have not let Anuj step out of the house in the morning. She also thinks that she should have not agreed to Anuj in the temple. Anupama further thinks that all this wouldn’t have happened if she would have kept the pooja at home, instead of at the temple. The doctor arrives outside. Everyone throws questions at the doctor about Anuj and Vanraj’s condition.

The doctor tells everyone that at present nothing can be said as both patients’ condition is very serious. This shocks everyone. One by one all family members request the doctor to save Anuj and Vanraj anyhow. Ankush asks the doctor if he can meet Anuj. The doctor says no. He tells everyone that the next 48 hours are very crucial for both Anuj and Vanraj. The doctor says that they may even have to perform major surgeries. Samar asks the doctor if both Vanraj and Anuj will get saved or not. The doctor replies to Shahs and Kapadias that he can’t assure them about Vanraj and Anuj’s safety at present.

This gives another shock to Shahs and Kapadias. The doctor tells Shahs and Kapadias that if even after 48 hours of treatment, Vanraj and Anuj won’t get well, they will have to perform major surgeries. He asks Shahs and Kapadias to keep all the legal formalities completed or done in advance, so that time doesn’t get wasted at the time when surgeries will be needed to perform. He leaves, asking Kapadias and Shahs to sign the declaration form. Paritosh and Ankush go to complete the hospital’s legal formalities. Baa and Kavya cry on broken Anupama’s shoulders. Baa asks Anupama whose evil sight overcast their both families.

At the Shah house, Dolly gives medicines to a tensed Kinjal. Pakhi tells Kinjal and Dolly that she told a scared Anu that Vanraj and Anuj are fine and just went to get medicines from the hospital. She says Anu slept with much difficulty and was blabbering “Papa….Papa” in sleep. Pakhi says that she is thinking about how much pain Anu will be in, after learning about her father’s accident, as even, she is under stress despite being older than Anu. Kinjal tries calming a tense Pakhi. Mamaji asks Dolly to call Paritosh and ask him about Vanraj and Anuj’s present condition. Dolly tells Mamaji that Paritosh himself will call and inform them as soon as the doctor will tell him something.

On the other hand, Adhik arrives at the hospital. Ankush asks Adhik, where he was till now. Adhik tells Ankush that he got busy with some important work and came running after reading his text about Vanraj and Anuj’s accident. Ankush reminds Adhik that he had a problem with both Vanraj and Anuj. He asks Adhik if he did all this with Anuj and Vanraj. Adhik tells Ankush that he accepts that he says much in anger, but it doesn’t mean that he is a criminal. Ankush apologizes to Adhik for suspecting him. Suddenly, Ankush and Adhik wonder if Barkha is behind Anuj and Vanraj’s accident.

Anupama on the other hand talks to Kinjal on call. She asks Kinjal if she had her medicines. Kinjal says yes. Anupama asks Kinjal about Anu and Pakhi. Kinjal tells Anupama that Anu is sleeping and Pakhi is still a little scared. Kinjal asks Anupama if Anuj and Vanraj are fine. Anupama tells Kinjal that the doctor has said that everything will clear out only after 48 hours. She asks Kinjal to take care of everyone and Anu. Kinjal tells Anupama that Pakhi is taking care of Anu. She asks Anupama to not worry about home as Dolly and Mamaji are present at home. Anupama disconnects the call and cries in tension.

Baa says if anything happens to anyone from Anuj and Vanraj, then both families will shatter. Bapuji worries about what poor Anupama must be going through as both her husband and her children’s father are in danger. Baa complains to God for giving such a big sorrow to them. Anupama cries in pain and wishes for Anuj to get well. She wipes her tears and tries to keep hope. Anupama tries to make herself understand that both Anuj and Vanraj will get well. Ankush and Adhik feel tense as Barkha doesn’t pick up their calls.

Kavya recalls seeing Anuj going somewhere with Vanraj from outside the temple. Anupama says Anuj received Vanraj’s message. She says Vanraj wanted to meet Anuj. Baa asks Anupama why she didn’t tell them this beforehand. Ankush asks Kavya if she knew about all this and which is why she was already present at the accident spot. Bapuji says if Anuj and Vanraj met to talk to each other, how they reached near the cliff and fell down. Ankush says even Anuj and Vanraj’s car was standing near the cliff in absolutely good condition. He says this means that no accident happened/occurred.

Everyone asks Kavya what exactly happened at the accident spot. Kavya recalls following Anuj and Vanraj to the cliff. She also recalls seeing Vanraj and Anuj talking to each other near the cliff. In this flashback, Anuj can be seen standing almost at the falling point of the cliff. Kavya feels painful to recall everything. Everyone waits for an answer from Kavya. Anupama notices Kavya’s fear and pain. She caresses Kavya and asks her to reveal the truth without any fear. Kavya tells everyone that both Anuj and Vanraj were in anger. Adhik and Paritosh ask Kavya if Anuj and Vanraj had any argument or fight with each other.

Ankush asks Kavya if Vanraj tried killing Anuj or pushing him from the cliff. Baa asks Ankush if he has gone mad. She says her son is not a murderer, that he will kill anyone. Baa tells Ankush that both her son and his brother are in danger and fighting death for their lives. Baa, Paritosh, and Ankush get indulged in an argument. Anupama and Bapuji ask everyone to get silent. Anupama requests Kavya to spill the truth as everyone is taking out different meanings of her silence. She keeps on requesting Kavya to reveal the truth. Kavya tells everyone that she followed both Anuj and Vanraj. She says after reaching the accident spot she saw both Anuj and Vanraj already standing at the cliff’s edge.

This information shocks everyone. Before Kavya could reveal the whole truth, a female medic comes and tells the nurse that a lot of staff is needed for the emergency room. A female medic says the case is very critical. She asks the nurse to send an injection for one patient and Dr. Kumar for another patient. Hearing all this, both Shahs and Kapadias get brutally tense. Baa prays for Vanraj’s safety but Anupama and Paritosh pray for both Anuj and Vanraj’s safety. A doctor arrives and enters the emergency room ignoring questions from both Shahs and Kapadias. Serious treatment of both Anuj and Vanraj starts.

Bapuji says everything changes in just one moment. Samar says life is so unpredictable. GK says there is no guarantee of anyone’s life. Paritosh says people never get to know if they are meeting someone for the last time or not. Ankush says whenever a person fights or argues with someone, he or she doesn’t know if he/she will get the time to patch up or not. Bapuji says at the end nothing remains behind to regret. GK says life should never be taken for granted. He says that people should value the life given by God.

In the next episode, Anupama and Kavya will be seen looking at their unconscious husbands from outside the ward. A doctor will come outside and say something about Vanraj. Everyone will look at the doctor with questioning eyes.

Reviewed Rating for Anupama 10th August 2022 Written Update Accident truth: 3/5 This rating is solely based on the opinion of the writer. You may post your own take on the show in the comment section below.