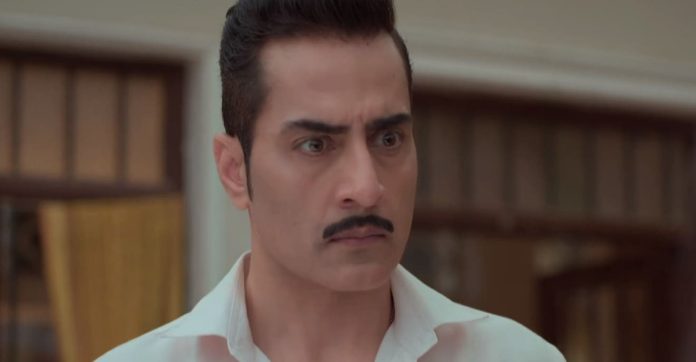 Anupama Vanraj jailed 15th August 2022 Spoilers Anupama episode spoiler – Vanraj in jail? Leela informs Anupama that Hasmukh informed her that Kavya has called the police. She cries and says that she doesn’t know what had happened there but the case will be filed on Vanraj. Leela gives her the promise of the Shah house and tells that if Anupama has spent one happy moment there then she will not give away Vanraj to the police. Anupama is stunned.

Rajveer asks Ajooni to come to eat breakfast as they have a rule to have it together. She says that she is not hungry. He tells her to come and Ajooni asks what will he do. Rajveer picks her up in his arms. He says that he brought her in his arms from her home and taking her to the dining table won’t be difficult. They have a romantic moment.

Kaju tells Neel that she will go away if he wants and asks him to wipe off the sindoor from her forehead. She places his hand on her forehead and wipes it. Neel’s hand shakes seeing the sindoor. They both become emotional and look at each other.

Neetii forces Rajeev to listen to her and he tells her that their relationship will end if her attitude remains the same. She is shocked and asks him what does he mean. Rajeev says that he meant what she listened to. Neetii sees Rakesh and becomes worried. She calls up Parineet and informs her about Rakesh’s arrival in Chandigarh. She is astonished.

Mahek informs Pratha that her daughter is alive and takes her in a cave. She falls in her trap. Mahek says that Pratha’s body will remain here only forever.