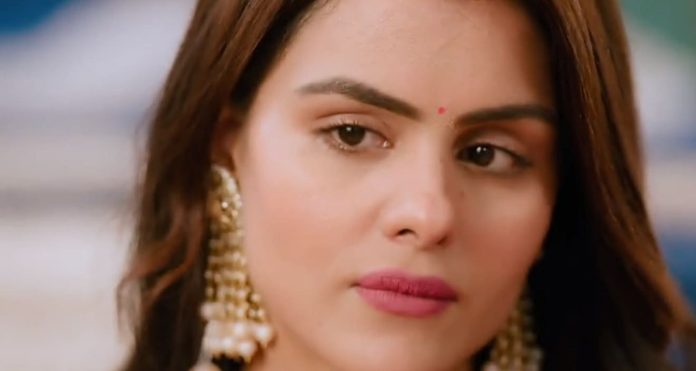 Udaariyaan Upcoming 16th August 2022 Tejo outburst Udaariyaan episode spoiler – Fateh in drug case Jasmine tells Gurpreet that she feels pain at night which makes her unable to sleep. Gurpreet says that she should have told her so that she would have given her a hot oil massage. Tejo says that she doesn’t need an oil massage but an injection. Jasmine gets scared. Tejo says that it’s very effective for any pain. The inspection team member checks Fateh’s locker and finds a packet of performance-enhancing drugs. He questions Fateh if he is giving these drugs to the players. Fateh and Tejo are shocked.

Aditya stops the car and tells that the tyre has punctured. Ranveer says that there must be a problem in the car’s engine. Aditya and Ranveer argue. Ranveer gets down to check and Aditya speeds away. Ranveer shouts at Aditya for misbehaving. Suhani asks Aditya what kind of behaviour is this and says that he doesn’t know Ranveer’s anger. Aditya laughs. Ranveer vows to punish Aditya.

Naagin S06 episode spoiler – Mahek’s death:
Pratha says that she will fight the whole universe but will search for her daughter at any cost. She informs Mahek that according to the Naagin community when a Naagin seeks help from her Shesh Naagrani she has to help her. Pratha asks her to do justice and punish her wrongdoers. Mahek says that she is giving a lifetime of sorrow to Pratha and going away. Mahek falls off the cliff. Rishabh reminds Pratha about their love and motivates her to stay alive.

Tere Bina Jiya Jaye Na episode spoiler – Maharaj’s memory is back:
Devraj informs Krisha that Maharaj has regained his memory as he has told him everything about Gajendra and Ugra. Krisha says that if he has spoken about everyone then he has to say something about Jaya. Maharaj says that he remembers everything about Jaya and the things she did with him in the underground place. Jaya is taken aback.

Pavithra vows to not let anyone fall prey to Pishachini’s trap anymore. Rani says that if she can come to Bareilly from Chail she can obviously reach Rocky’s house and calls Pavithra a silly girl. Rani attacks Dadaji and he comes running outside and falls down. Everyone panics. Rani decides to make Rocky her clown and tries to lure him with her beauty.