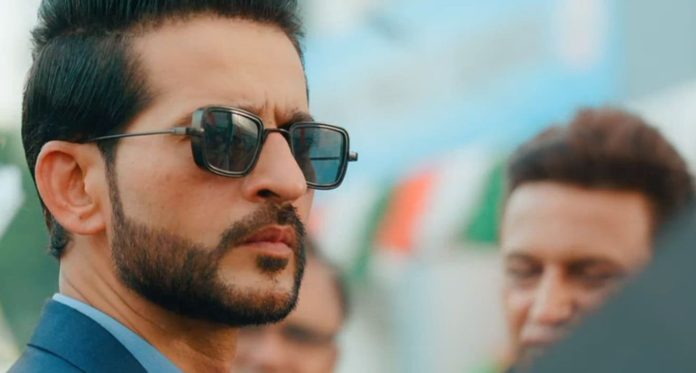 Swaran Ghar 16th August 2022 Preview Update Arjun honors Swaran Swaran gets troubled by the stormy winds. Her earring falls off on the ground. She doesn’t happen to see this. The dusty storm occurs only at the instance when Arjun arrives at the school. Arjun asks the driver to drive carefully. Driver stops the car, reaching close to Swaran. He tells that its very dusty and he isn’t able to see anything clearly. Arjun apologizes to Swaran on behalf of his driver. He enquires if she is okay. She tells that she is okay, thinking a stranger is asking about her. She doesn’t think of turning in the opposite direction to get saved from the dust storm.

While Arjun and the school officials meet, its just Swaran who is still caught in the winds. Arjun tells the principal that he will always be Goldie for him. Swaran decides to get an entry by requesting the principal. She knows Aarav is waiting for her. Aarav requests the teacher to call Swaran once. Teacher agrees to help him out. Swaran goes towards Arjun. Arjun finally meets Swaran. He recognizes her on getting the earring. He tells her that he had to say thanks to her, because she has saved his life twice.

He gets to see Swaran face to face. He returns her earring. He learns from her that she isn’t permitted to attend the function. Arjun offers help, and asks her to come with him. Arjun gets Swaran inside the school as a special guest. Swaran gets the honor by the school authorities who blocked her entry before. Nimmo, Kiran and Ajit are left surprised seeing Swaran entering the school with the Richie Arjun Deol. Swaran gets thankful to Arjun for helping her watch Aarav’s program.

Reviewed Rating for Swaran Ghar 16th August 2022 Preview Update Arjun honors Swaran: 3/5 This rating is solely based on the opinion of the writer. You may post your own take on the show in the comment section below.